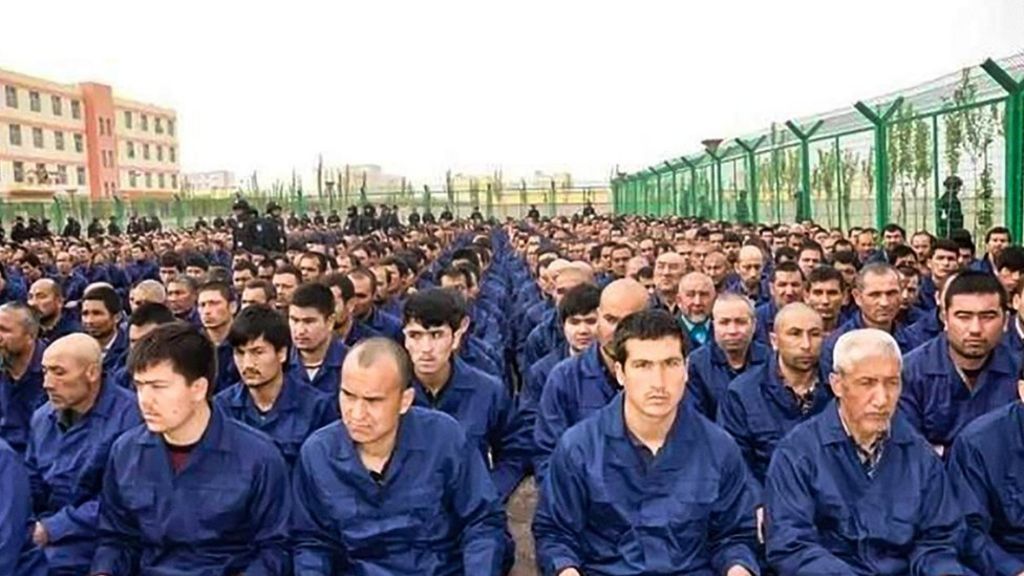 In the past years, the life conditions of Uighurs in northwestern China have become increasingly harsher: the Uighurs are being subject to systematic surveillance and tracking and they are being threatened to be sent to one of the so-called “re-education schools”. Despite evidence provided by satellite imagery and stories of survivors, the Chinese government continues denying any accusations of it grossly violating the human rights of Uighurs. This is potentially the most large-scale genocide against an ethnic group since World War II. What are Beijing’s motivations and goals in carrying out this genocide?

The state-sponsored Han migration to the autonomous region of Xinjiang in northwestern China resulted in the oppression of the locals and their cultural, social, political and economic discrimination.

With the influx of Hans, tighter control by Beijing and the discrimination against the Uighurs, clashes between both ethnic groups became commonplace. Since the East Turkestan Republic was absorbed by China, the oppressed Uighurs have been fighting for their freedom and rights.

However, Beijing’s grip on the region has only become tighter, which in turn has sparked increasing resistance from the Uighurs. A turning point in the relations between the Uighurs and the Chinese government is 2009, when several ethnic clashes broke out in Xinjiang resulting in the deaths of several hundred people. The Chinese government interpreted this as the radicalization of the Uighurs, publicly stating that religious extremism and terrorism are the main threats to the state’s security.

Currently, roughly 12 million Uighurs live in Xinjiang and their life conditions are close to reaching the point of being unbearable. Since the clashes of 2009 and Xi Jinping’s rise to power in 2012, Beijing’s policies towards the Uighurs have become inhumane and are often compared to Hitler’s persecution of the Jews.

The Chinese government, considering the Uighurs to be a threat to state security, has launched mass surveillance, tracking and detainment in “re-education centers” with the aim of eradicating the cultural, religious and social identity of the Uighurs. Uighurs in Xinjiang are forbidden from talking in their language in public institutions, upholding their traditions and celebrations, giving their children Muslim names like Mohammed or Medina and practicing Islam – men are not allowed to grow long beards, women can’t wear hijabs, and no one is allowed to pray, go on pilgrimages or engage in any religious activity.

For Beijing’s political elite, any religious display was a reason to suspect a person of being potentially radicalized and joining Muslim extremists. Even such religious beliefs as refusing to eat pork or drink alcohol were reasons for Chinese security services to arrest Uighurs and send them to “re-education centers”.

To successfully track each Uighur in Xinjiang and make sure that members of this minority group aren’t planning terrorist attacks against Chinese people or threatening state security, Chinese authorities have forcefully collected DNA samples of every Uighur, along with fingerprints, blood samples and voice recordings.

In addition, the Uighurs are subject to daily surveillance, which includes face recognition technologies and the registering of QR codes at their homes.

The Uighurs are required to carry their smartphones and ID cards revealing their ethnicity wherever they go. They must identify themselves at countless checkpoints that have been established all over Xinjiang, for instance, when using public transport or visiting shopping centers, banks, libraries, mosques and other similar locations that they frequent daily.

Latvia is currently one of 23 nations that during a UN meeting called for China to cease the ethnic persecution of Uighurs and their detainment in “re-education centers”. By expressing its position and sending a public message that the international community is aware of the human rights violations by the Chinese government and that they should end, Latvia has adopted an uncompromising stance on the Uighur issue.