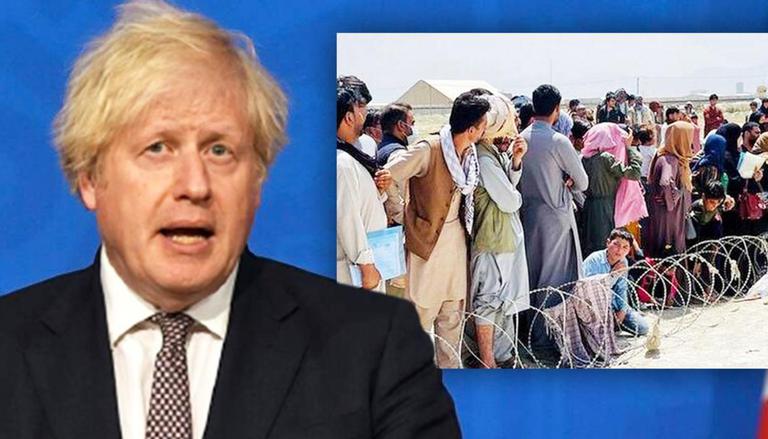 The United Kingdom ‘must try to engage’ with the Taliban government to tackle the existing humanitarian crisis in Afghanistan. Johnson’s assertions came as a response to a Labour Party member of the UK parliament, Sara Champion’s question on “how and when” will the aid pledged by Britain reach the vulnerable populations of Afghanistan. As per TOLO news, the UK PM suggested that his country ‘had no other choice’ but to consider engagement with the current Afghan government ‘for the sake of people.’

“There is no point in the UK just standing on the sidelines and failing to engage with the Taliban,” he said on Saturday. Highlighting the caretaker government’s failure to meet demands of creating an inclusive cabinet, he also added, “They may not speak for all Afghans, far from it, but they are some kind of authority – even if a very imperfect authority. The UK must try to engage, for the sake of the people that you’re talking about,” TOLO news reported, quoting the UK PM.

The British PM’s remarks come as a positive development in the struggle of the Afghanistan caretaker government to attain global recognition. The Taliban leaders welcomed Johnson’s comments and added that “The official engagement will definitely make Afghanistan’s relations better with the world. The gates of understanding and negotiations are opened by the Islamic Emirate. If there is any challenge, it can be solved via this path,” TOLO news quoted Inamyllah Samangani, deputy spokesperson for the Afghan government, as saying.READ | Afghanistan, Iran seek improved bilateral ties; set up joint committees in various sectors

Months after the Taliban reconquered Afghanistan and formed the interim government, the extremist group has repeatedly claimed that it has implemented all the conditions for recognition stated by the international community. In a tweet on October 27, Bilal Karimi, the Taliban’s deputy spokesperson said that acting Foreign Minister Amir Khan Muttaqi restated that group called for world leaders to engage with the present government in Afghanistan to relieve the people from the harrowing crisis that has doubled with the winter setting in quickly.