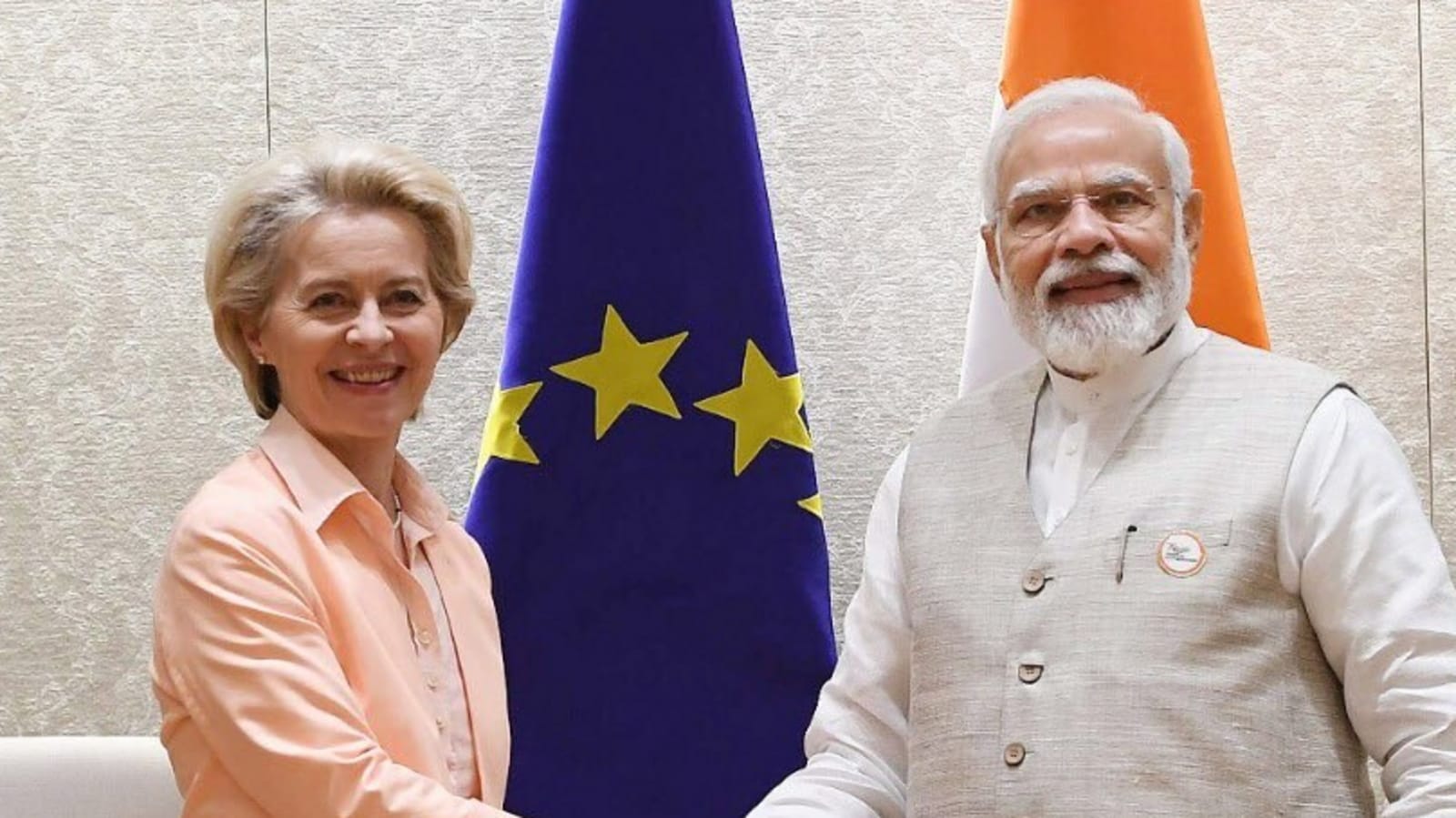 The Russian invasion of Ukraine and its “no limits” partnership with Communist China has pushed the gas pedal on India-EU relationship with both Prime Minister Narendra Modi and visiting European Commission President Ursula von der Leyen providing impetus for a high-power trade and technology council on the lines that EU has with US. The council was set up within a week of the idea being proposed by both sides with President Leyen making an extra effort to come to India after repeated postponements.

That both India and EU have decided to fast-track its relationship is evident from the fact that President Leyen agreed with PM Modi on his lasting peace formulation on the on-going Ukraine conflict with immediate cessation of violence. There was also praise for PM Modi’s initiative to make India energy independent in the 100th year of independence with an ambitious 50 per cent cut back on fossil fuel. In this direction, India and the EU will be collaborating on green hydrogen and renewable energy technologies.

The Leyen visit was important as the India-EU relationship could not pick up the required pace with the latter more focused on the trade pact with Communist China. It is only after the Chinese belligerence in the Indo-Pacific and the Russian invasion of Ukraine in Europe that the EU has started looking at India as a viable alternative for global supply chains and as a technology partner. It is the no limits partnership between Russia and China and the brutal bombing of Ukraine that has made EU expand the democratic alliance with India with US as the other major partner.