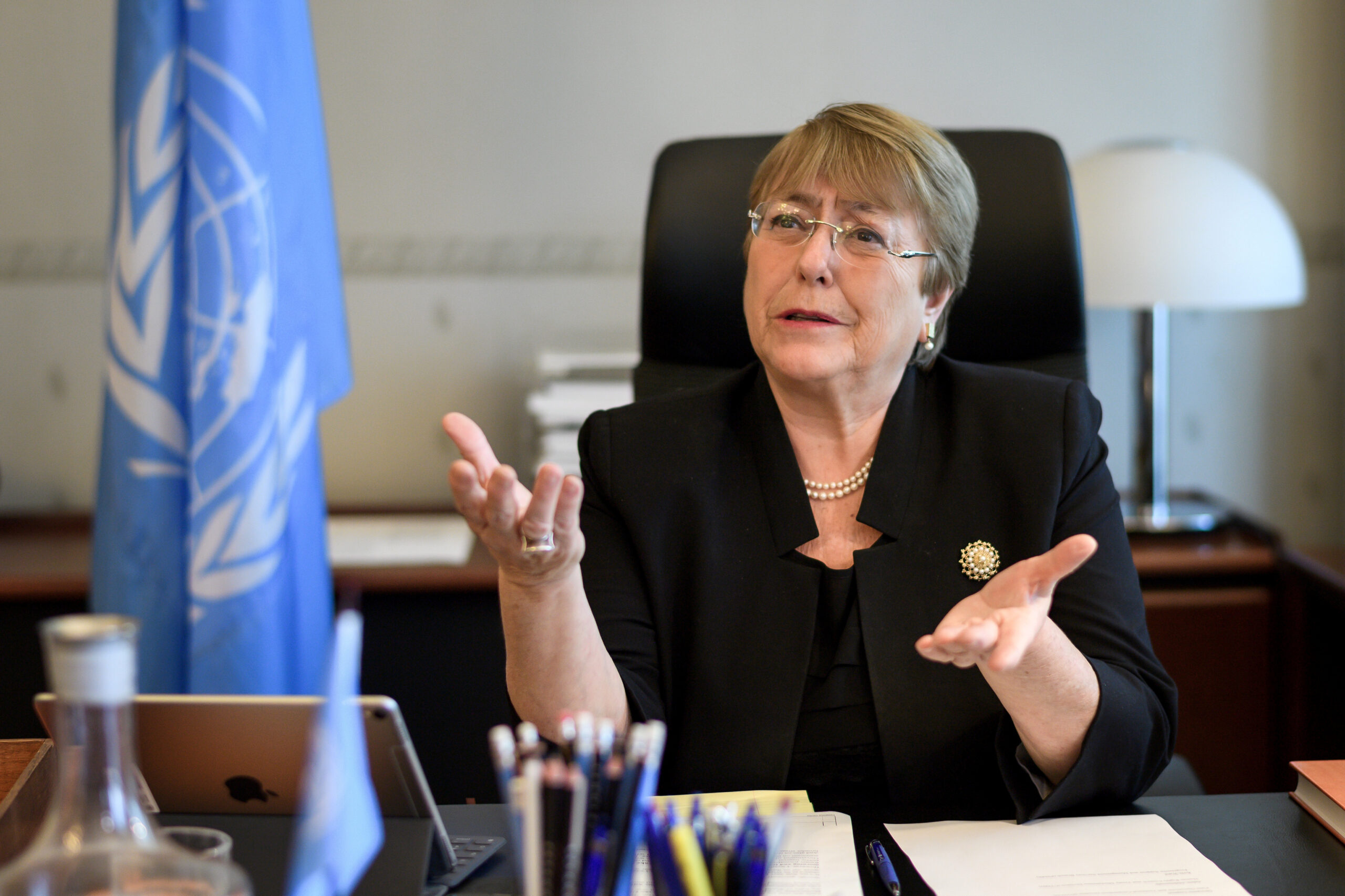 The UN human rights chief said on Thursday that she is still aiming to release a long-anticipated report on China’s treatment of its Uyghur minority in Xinjiang by the end of her four-year mandate next week amid “tremendous pressure” from all sides.

But the lack of a firm commitment by former Chilean President Michelle Bachelet in her final press conference stoked further criticism from civil society groups who have accused her of being too soft on China since a May visit.

The report has been in the works for three years and promised for months but has not been published for unclear reasons.

“We are trying very hard to do what I promised,” Bachelet said, referring to a pledge to release the report before the end of her term on Aug. 31.

Asked to elaborate on why it has not been released, Bachelet said she needed time to integrate new information from her visit and to review input on the report’s contents from China.

Rights groups accuse Beijing of abuses against Uyghurs, a mainly Muslim ethnic minority that numbers around 10 million in the western region of Xinjiang, including the mass use of forced labour in internment camps. The United States has accused China of genocide.

China has vigorously denied the allegations.

Sophie Richardson, China director of Human Rights Watch, said Bachelet’s response was “woefully inadequate” given the scale of abuses. Michele Taylor, U.S. ambassador on human rights in Geneva, called for the report’s release, saying “the world deserves an independent and honest account” of the situation.

Reuters reported last month that China had asked Bachelet to bury the report, according to a Chinese letter that was confirmed by diplomats.

Bachelet confirmed on Thursday having received that letter which she said was signed by about 40 other states, adding that her office would not respond to such pressure.

“I have been under tremendous pressure to publish or not to publish but I will not publish or withhold publication due to any such pressure,” she said.

While it is normal practice for Bachelet’s office to share an unpublished report with the concerned country, rights groups worry this gives China the scope to shape its contents.

“Our concern is that the longer the report is not released, the more likely it could be whitewashed,” said Renee Xia, director of the Network of Chinese Human Rights Defenders.

In her closing speech, Bachelet also called on Russian President Vladimir Putin to halt the attack against Ukraine.

Bachelet, 70, plans to return to Chile to retire. Many candidates have applied for the job but no successor has yet been named by Secretary-General Antonio Guterres whose choice must then be approved by the General Assembly in New York.

Bachelet, the 8th High Commissioner, said she felt proud of progress on abolishing the death penalty and the recognition of environmental rights, but said she felt hamstrung by COVID-19 restrictions that prevented more country visits.

“It’s really sometimes very frustrating not to be able to advance much more. Sometimes you feel that the world is not getting better,” she said.