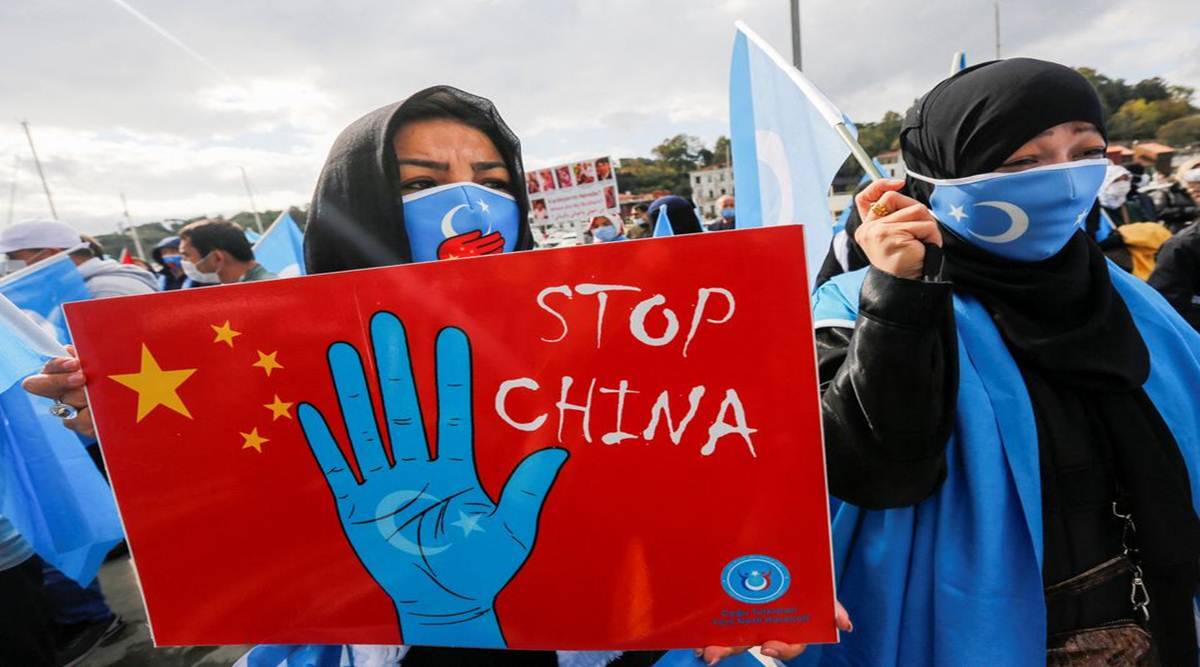 Michelle Bachelet, once a political detainee under Chilean dictator Augusto Pinochet and a doctor for tortured children, pledged to be the champion of victims when she became U.N. High Commissioner for Human Rights in 2018.

But as her tenure ends on Wednesday, family members and advocates for those caught up in China’s repression of dissent say her failure, so far, to issue a report on Beijing’s record and its crackdown in its western region of Xinjiang underscores the need for a more outspoken successor.

“I feel terribly disappointed that our letter (to Bachelet) was totally disregarded and no follow up,” said Luo Shengchun, the wife of jailed Chinese rights lawyer Ding Jiaxi, who wrote to Bachelet seeking his release in May, shortly before Bachelet visited China on a rare fact-finding tour.

“I wish for them to replace her with an officer with a more clear position with China. The UN can really do much more,” she told Reuters from New York where she lives in voluntary exile awaiting the verdict of Ding’s trial on state subversion charges.

Luo’s comments reflect a widely held view among civil society and Western states that Bachelet, a former Chilean president, has been too soft on some governments when freedoms are backsliding around the world. They hope her retirement on Wednesday will mark a fresh start.

“We are looking for somebody who is willing to speak out in a principled way, regardless of the perpetrator,” said Human Rights Watch head Kenneth Roth. He deemed her tenure a “failure”, because of an unwillingness to confront Beijing, citing the non-publication of the report on Uyghur Muslims who rights groups say have been subject to torture, mass detention in camps

Perceptions of Bachelet’s legacy might shift if the report is ultimately released and is very critical of China. Bachelet said she has been under “tremendous pressure” both to publish and not to publish.

As the High Commissioner has said, she had fully intended for it to be released before the end of her mandate, and we are trying hard to do so,” her spokesperson Ravina Shamdasani said late on Tuesday.

China, which vigorously denies any allegations of wrongdoing in Xinjiang, asked her to bury the report. On Ding’s case, China’s foreign ministry said it is a country governed by the rule of law, and everyone is equal before the law.

Bachelet’s defenders say her political skills won her access, such as the first trip by a high commissioner to China since 2005 and a deal to bring monitors to Venezuela. They also praised her attacks on systemic racism and commitment to new environmental rights.

India’s ambassador Indra Mani Pandey lauded her “non-confrontational” and “consultative” approach at a Geneva meeting on the eve of her departure where she received flowers and applause from delegates.

In response to China rights defenders’ criticism, she said she held two meetings with them before her trip. “Their voices and advocacy are important. I really believe so,” Bachelet said.

NOT FOR THE WEAK

The battle over Bachelet’s legacy embodies the political tensions between more liberal and conservative countries over human rights arising in the choice of successor.

The process is under way but a void is now certain with a deputy stepping in temporarily.

It is up to UN Secretary-General Antonio Guterres to make the appointment which then needs to be confirmed by the General Assembly. The roughly 10 potential candidates include U.N. official Volker Türk of Austria, career diplomat Federico Villegas from Argentina, and Senegal’s Adama Dieng, who previously advised Guterres on genocide prevention, U.N. sources and diplomats said.

They say China and Russia, both powerful permanent Security Council members, will favour a politically minded successor, indicating a possible battle ahead.

“Western states and NGOs are pushing for a human rights advocate but a global policeman would be unacceptable to China, Russia and many developing countries,” said Marc Limon, executive director of Universal Rights Group.

If a choice is made quickly, one of the first challenges will be addressing the next meeting of the Geneva-based Human Rights Council starting on Sept. 12, set to discuss possible Ukraine war crimes.

The body’s decisions, while not legally binding, carry political weight and it can authorise investigations.