Under the leadership of PM Modi, LG Sinha has controlled terror in Kashmir: Amit Shah 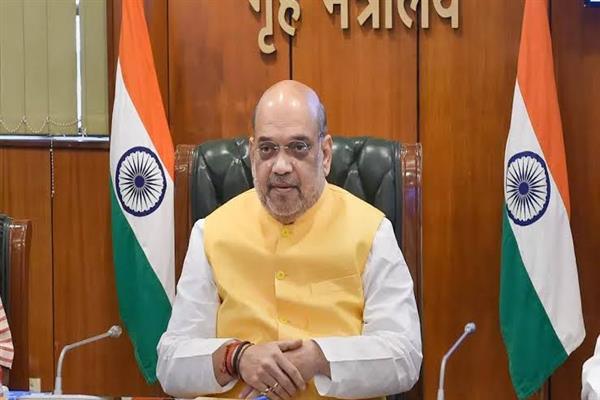 Union Home and Cooperation Minister Amit Shah on Thursday unveiled the Statue of Peace of Swami Ramanujacharya in Srinagar in Jammu and Kashmir through video conferencing.  Many dignitaries including the Lt.Governor of Jammu and Kashmir Shri Manoj Sinha and Shri Shri Yatiraj Jeeyar Swami of Shri Yadugiri Yathiraj Math were present on the occasion.  In his address, the Union Home Minister said that it gives me great pleasure to unveil the peace statue of Swami Ramanujacharya made of marble in Kashmir today.  In various periods of India’s history, whenever society needed reforms, a great person has come forward to show the true path and Ramanujacharya was also born at a time when the country needed a great person. Today, on this occasion, I pay my respects to the life, works and personality of Ramanujacharya. Amit Shah said that when social unity was being broken, many evils were afflicting society, then Ramanujacharya was sent and he did great work of connecting Vaishnavism with its origin. Shri Shah said that in 2017, the celebrations of the 1000th birth anniversary of Bhagvat Ramanujacharya took place across the country with the diligence and devotion of Param Pujya Jeeyar Swami, Prime Minister Shri Narendra Modi sent the message of Bhagvat Ramanujacharya to the country from the ramparts of the Red Fort on 15th August. According to the resolvetaken then, a huge memorial of Ramanujacharya has been built in Hyderabad which will not only carry forward the message of his life into the future, but it has also become a place of Sanatan Dharma in Southern India which has spread all over the South. Strengthening of religious consciousness has also taken place in India. Amit Shah said that the establishment of this peace statue in Kashmir today is a very auspicious sign for the entire country, especially Jammu and Kashmir. He said that Jammu and Kashmir has progressed on the path of peace and progress under the leadership of Lt. Governor Shri Manoj Sinha. Under the leadership of Prime Minister Shri Narendra Modi, Shri Manoj Sinha has established decisive supremacy on terror in Kashmir. Manoj Sinha has taken development to the people of Kashmir without any discrimination. After a long time, the country expected that Articles 370 and 35A should be removed and Kashmir should be integrally integrated with India. This expectation was fulfilled by the Prime Minister, Shri Narendra Modi and from 5th August 2019 a new era began in Kashmir. At such a time, the installation of this peace statue will bring the blessings and message of Ramanujacharya to Kashmiris of all religions and will take Kashmir further on the path of peace and progress. He said that in a way Ramanujacharya’s life and place of work was mostly in South India. But the spread of his education and love is visible throughout the country. Many sects, sects across the country have grown from the original message of Ramanujacharya and his disciple Ramananda. As a result, today in Kashmir a peace statue has been established. This statue will give a message of peace not only to Kashmir but to the whole of India. This statue is four feet in heightand made of pure white Makrana marble and weighs about 600 kilograms. The Yathiraj Math of Yadugiri, located in Mandya district of Karnataka, is the only original Math in Melkot that has existed since the time of Ramanujacharya.