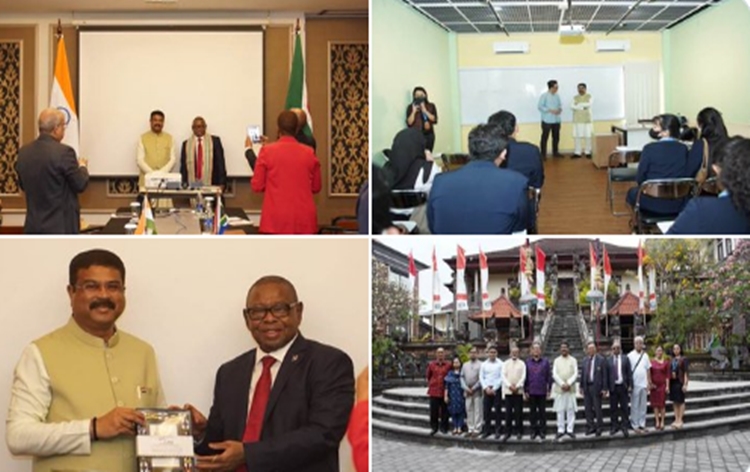 Union Minister for Education Dharmendra Pradhan held a bilateral meeting with Minister of Higher Education, Science, and  Innovation of South Africa, Dr. Bonginkosi Emmanuel “Blade” NZIMANDE at Bali in Indonesia. The Ministry of Education in a statement said, both the Ministers had fruitful discussions on strengthening the academic and skill development partnerships and bilateral education cooperation. They agreed to develop institutional mechanisms for tie-ups between Higher Education Institutions and skill institutions, mutual recognition of skill qualifications, and capacity building in skill development.

Both the Ministers also decided to set up a Joint Working Group on Education between the two countries to further extend the cooperation that already exists and also to realise the full potential of bilateral cooperation in education.

Mr. Dharmendra Pradhan said, the Introduction of the National Education Policy has paved the way for the internationalisation of Indian education. He also added that India and South Africa’s relations are close and friendly and are rooted in shared values and interests.