US backs India against Chinese torchbearer 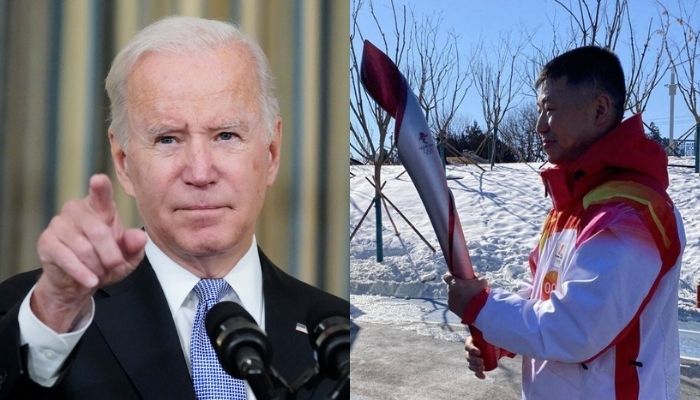 The two most senior Senators dealing with foreign policy in the United States (US), across party lines, have condemned China’s decision to field an army commander involved in the Galwan clashes as a torchbearer for the Winter Olympics, and applauded India’s decision to not send a diplomatic representative to the opening ceremony of Games on Friday.

Bob Menendez, the chair of the Senate Foreign Relations Committee, and among the most powerful voices on America’s foreign policy in Washington DC, tweeted: “I applaud India for joining the diplomatic boycott of the Beijing Olympics. We stand with all countries that reject the CCP’s heinous human rights abuses and cold-blooded effort to turn the #Olympics2022 into a political victory lap.”

The US, along with the United Kingdom, Canada, and Australia, has diplomatically boycotted the Olympics to protest against China’s human rights abuses in Xinjiang. Their respective national sport contingents are, however, participating in the Games.

Jim Risch, the ranking member of the Senator Foreign Relations Committee, tweeted, “It’s shameful that Beijing chose a torchbearer for the #Olympics2022 who’s part of the military command that attacked India in 2020 and is implementing #genocide against Uygurs. The US will cont. to support Uyghur freedoms & the sovereignty of India.”

Menendez is a Democratic Senator from New Jersey and is currently involved in drafting a major sanctions package against Russia in case it invades Ukraine. Risch is a Republican Senator from Idaho.

On Thursday, articulating India’s position, Arindam Bagchi, the spokesperson of the ministry of external affairs, said, “It is indeed regrettable that China has chosen to politicise an event like the Olympics. I wish to inform that our chargé d’affaires of the Embassy of India will not be attending the opening or closing ceremony of the winter Olympics in Beijing.”

While the US’s diplomatic boycott of the Olympics is driven by its position on human rights abuses in China and India’s decision was triggered by the Galwan-related decision, the fact that both senators have come out with strong statements is seen as a signal that when it comes to relationship with India, especially vis-à-vis China, there is clear bipartisanship in an otherwise domestically divided American political landscape. It also de facto reflects the institutional position of the Senate Foreign Relations Committee.

Senator Marco Rubio of Florida, an influential voice in the Republican Party and a former presidential candidate, said that he stood with India, with his office tweeting that China’s decision was “another outrageous example of the #CCP’s flagrant politicization of #Beijing2022. Their decision to choose a soldier who participated in a 2020 ambush against Indian troops as torchbearer is appalling & deliberately provocative.”

On Thursday, when asked about China’s move and India’s subsequent decision, Ned Price, the State Department spokesperson said, “When it comes to the broader issue of the India-China border situation, we continue to support direct dialogue and a peaceful resolution of border disputes. We have previously voiced our concerns of Beijing’s pattern of ongoing attempts to intimidate its neighbours. As we always do, we stand with friends, we stand with partners and allies, to advanced our shared prosperity, security and values in the Indo-Pacific.”

The State Department’s reiteration of support also comes at a time when many have expressed concern about the impact of rising US-Russia tensions on America’s relations with India, given New Delhi’s close ties with Moscow. Price categorically said that these tensions have not had an impact on the US’s ties with India. “We have a relationship with India that stands on its own, that stands on its own merits.”

Soon after a military stand-off began between India and China in the summer of 2020 at the Line of Actual Control in Ladakh, as a result of Chinese aggression and its violation of existing border agreements, Indian and Chinese troops were engaged in a bloody clash in Galwan on the night of June 15 that year. Twenty Indian soldiers were killed. While China has confirmed that at least four of its soldiers died, unofficial figures put the toll at a much higher number. A recent Australian media report, based on an investigation of Chinese social media accounts and conversations with Chinese bloggers, claimed that at least 38 Chinese soldiers had died in the clash, as they drowned in the Galwan river.

Commenting on the controversy as well as the expression of US support to India, Kyle J Gardner, author of the just-released The Frontier Complex: Geopolitics and the Making of the India-China Border 1846-1962 and non-resident scholar at the Sigur Centre for Asian Studies at the George Washington University, said that it was both “remarkable” and “concerning” how durable the conflict in Galwan had remained for both India and China.

“China’s decision to highlight a wounded soldier form the conflict as a torchbearer in the Olympic Games suggests a new willingness to emphasise a border dispute that it had previously minimised. While the diplomatic boycotts by the US and India are largely symbolic and for different reasons, they underscore the often-discussed ‘convergence of interests’ that the US and India see vis-à-vis China,” he said.