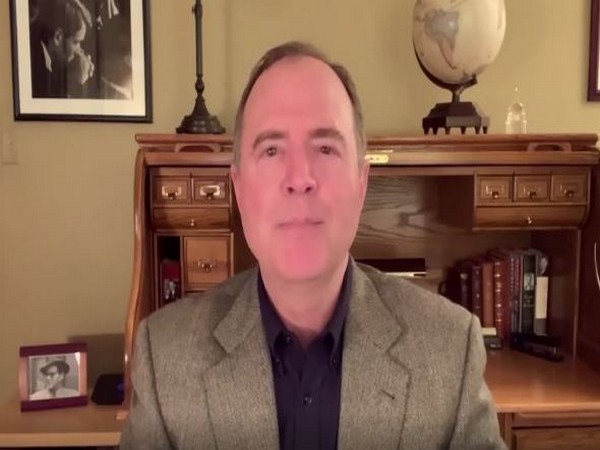 Amid the ongoing humanitarian crisis in Pakistan against the Sindhis, US Congressman Adam Schiff has condemned the human rights abuses in Sindh province, including disappearances, torture, forced conversions and extrajudicial killings.

Washington: Amid the ongoing humanitarian crisis in Pakistan against the Sindhi Hindus, US Congresswoman Eleanor Holmes Norton has supported the Sindhi Foundation’s ‘Long Walk for Freedom, Nature, and Love’ as the “Sindhi culture promotes peace and the inclusiveness of different religions, sects, and customs”.

Speaking in a video message, Norton said, “It is my pleasure to congratulate Sindhi Foundation for taking the initiative of a 350-mile long walk to raise awareness of human rights and climate change. For too long, the rights of disenfranchised groups have been overlooked. Now more than ever, the need to fight for all people’s rights is especially important, as the current pandemic has worsened the living situations of many groups.”

She further said that this walk has acted as a “bridge between these communities”.

The Congresswoman pointed that the Sindhi culture “promotes peace and the inclusiveness of different religions, sects, and customs. Like the Sindhi people, many other communities have experienced similar circumstances”.

While urging other human rights activists to support ‘The Long Walk for Freedom’, she said, “Through this walk, bridges between these communities will be built, and awareness of human rights violations and the climate crisis will be heard. I support this cause and will be spiritually present for its events.”

Recently, in a written submission to British lawmakers Jim Shannon, Marie Rimmer and David Alton, the World Sindhi Congress – a UK, USA and Canada-based human rights advocacy organization – said Pakistan is known as one of the world’s most religiously intolerant countries.

The NGO said that the Sindh province has become a difficult place for Hindus under Pakistan’s rule.

“Hindus systematically face public and private sector discrimination and human rights violations such as kidnappings, forced conversions, and extortion. Further, attacks on their places of worship have increased in recent years. Although the local daily newspapers are full of such reported incidents, the police do nothing to support the victims or bring perpetrators to justice,” the NGO said.

Although all minority groups in Pakistan suffer persecution, the WSC said, the research suggests that Sindhi Hindus are the largest minority group to suffer forced conversions. According to the Human Rights Commission of Pakistan (HRCP), 20 or more Hindu girls are abducted and converted every month in Pakistan.

Pakistan has been repeatedly slammed by the international community for not taking stringent measures to protect its minority communities, despite the country’s Prime Minister Imran Khan vowing to protect them on numerous occasions.