US dangles IMF aid for military rights in Pakistan 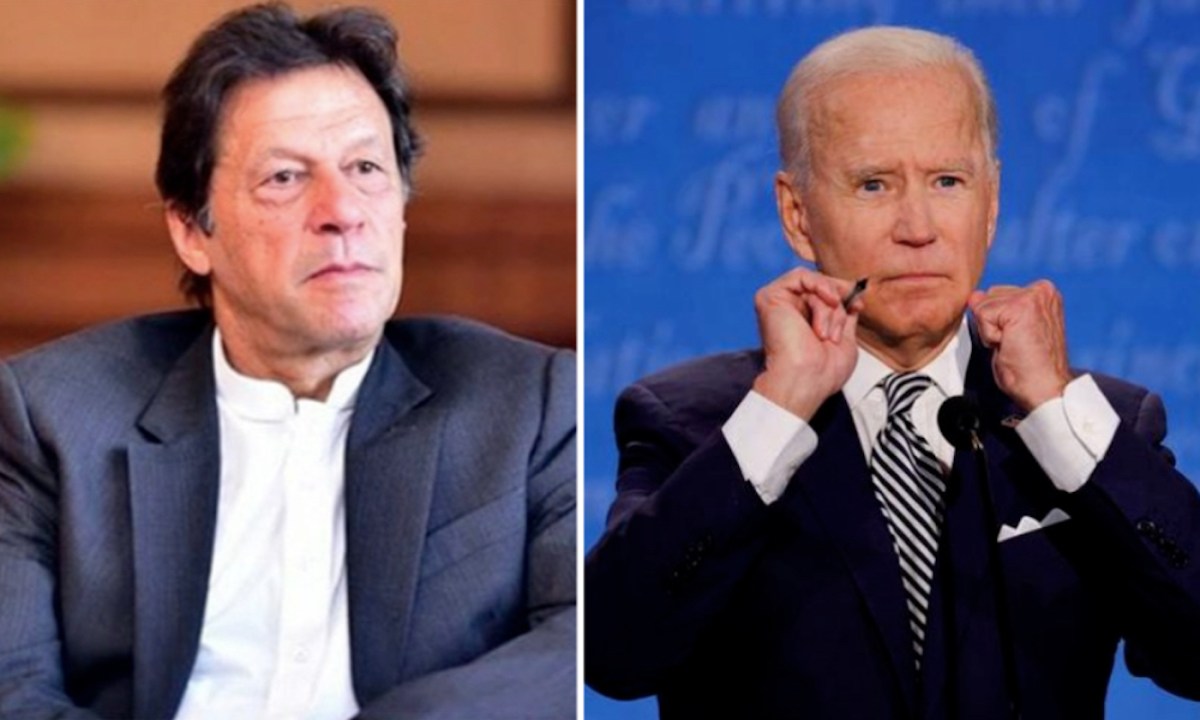 The International Monetary Fund (IMF) is withholding the release of a US$1 billion tranche under an Extended Fund Facility (EFF) to Pakistan until the government closes commercial bank accounts held by the armed forces and other state entities and remits $17 billion worth of public funds into a single treasury account. The IMF is also demanding more central bank autonomy to release the facility.

The financial assistance drama has a sharp geopolitical twist. The United States, currently the single largest financial contributor to the IMF, has reportedly had a hand in the reform demands, using IMF monetary policy as a bargaining chip to force cash-strapped Islamabad to agree to the Biden administration’s counterterrorism operations in neighboring Afghanistan.

Pakistan and the IMF have been deadlocked over terms of reviving a $6 billion EFF facility, including over IMF demands for Prime Minister Imran Khan’s government to grant full autonomy to the State Bank of Pakistan, the central bank, which is now seen as captive to politicians. The two sides reached an agreement in March but Islamabad has been perceived since to stall on implementing the measure.

Market analysts say Islamabad needs IMF support to firm up confidence in its fast-crumbling stock and currency markets. The IMF negotiations have overlapped with talks with the US as the two sides seek to strike a new balance in relations.

Islamabad had hoped for a quick reset under Biden but relations have been dogged by US perceptions Pakistan clandestinely supported the Taliban’s insurgency against the US and NATO troops and subsequently its takeover of Kabul, and that Islamabad has become overly close to China via their $60 billion China-Pakistan Economic Corridor (CPEC) infrastructure-building project.

Last week, a CNN report revealed that Biden administration officials held a briefing session with US Congress lawmakers at which they claimed to be close to an agreement with Pakistan for use of its airspace and potentially military facilities to conduct so-called “over-the-horizon” operations against extremist groups still active in Afghanistan, not least the Islamic State–Khorasan (ISIS-K).

CNN claimed Pakistan has sought a new accommodation in exchange for US support for its homeland counterterrorism efforts amid rising attacks from terror outfits based in Pakistan-Afghan border areas as well as managing relations with rival India, according to alleged details of a classified briefing of US Congress members on October 22.

The US news channel quoted sources who said US negotiations with Islamabad were still ongoing and the terms of the agreement, which have not been finalized, could yet be modified. Pakistan officials refuted the CNN report, denying any such negotiations are underway.

The briefing comes at a time when the White House is evaluating options for new counterterrorism and reconnaissance operations against ISIS-K and other terror group adversaries in Afghanistan after its military withdrawal from the country in August. It also comes as certain US senators threaten to impose sanctions on Pakistan for its alleged role in facilitating the Taliban’s lightning strike seizure of power.

“Yes, of course, the IMF’s EFF program is huge leverage for the US administration and the Fund is resultantly using delaying tactics to make Islamabad approach the Biden administration,” Shahid Raza, an Islamabad-based security analyst, told Asia Times.

“A Pakistan delegation visited the US for negotiation but I think no progress has been made in this direction. Americans are trying to draw some kind of concessions in so far as air corridor access, basing rights and some forms of security intelligence are concerned,” Raza said.  Pakistan has not commented publicly on the alleged negotiations.

The Ministry of Finance has likewise remained mum on the status of the $6 billion EFF, under which Pakistan received about $3.2 billion in foreign assistance in the first quarter of the current fiscal year. Sources privy to the negotiation told Asia Times that the extended talks in Washington between the two sides remained “edgy.”

On the financial front, they said Pakistan has been given tough targets to meet before a memorandum of economic and financial policies (MEFP) could be signed with the IMF. The program has been in abeyance since April this year; a sixth review should have been completed by July but is reportedly still ongoing.