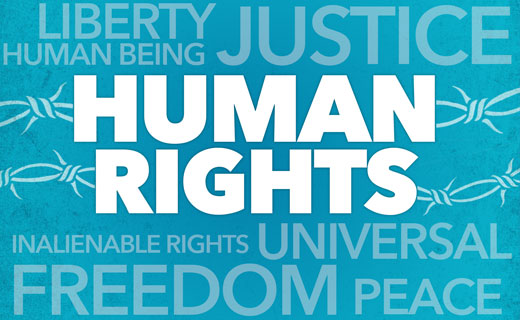 The 2020 Country Reports on Human Rights, released by the US on Tuesday, castigates Pakistan for arbitrary killings and disappearances of Pashtun, Sindhi and Baloch human rights activists.

The State Department’s annual human rights report was released by Secretary of State Antony Blinken. The report says: “Terrorist violence and human rights abuses by non-state actors contributed to human rights problems, although to a lesser extent than in previous years… Military, police and law enforcement agencies continued to carry out significant campaigns against militant and terrorist groups.”

Talking about Balochistan, where a raging insurgency for independence is going on since the time Pakistan was carved out from India, the report says: “Security forces in Balochistan continued to disappear pre-trail suspects, along with human rights activists, politicians and teachers. The Baloch Human Rights Organisation noted 45 individuals had disappeared and that assailants had killed 15 persons in seven districts in July alone.”

The report adds that violations in Balochistan also include, “… attempts to control or block websites that advocated Baloch independence and that the government used surveillance software.”

Balochistan remains under a global spotlight owing to an ongoing struggle for independence as well as massive Chinese investment in the China Pakistan Economic Corridor (CPEC)—a project strongly resented by the local people. The Baloch feel that the project is undermining their economic and financial sovereignty as both China and Pakistan will usurp their natural resources.

The US human rights report also took up the case of Pakistan’s media. It said: “Threats, harassment, and violence against journalists who reported on sensitive issues such as civil-military tension or abuses by security forces occurred with increasing frequency during the year.”

It noted that the government has not done anything to alleviate the situation for media organisations. It said: “Both the military, through the Director-General of the Inter-Services Public Relations, and government oversight bodies, such as the Pakistan Electronic Media Regulatory Authority (PEMRA), enforced censorship.”

The Country Report on Pakistan took up the cause of another conflict-torn region—Khyber Pakhtunkhwa, where the Pashtuns have expressed their unhappiness with the Pakistan government. The Pashtuns resent terrorist activity in their region which increased due to the training camps and cross-border movement of terror organisations. The Pashtuns, who live on both sides of the Afghan-Pakistan, border also feel torn over their division by the Durand Line.

Talking about Khyber Pakhtunkhwa, located on the Afghan border, the report says that the Khyber Pakhtunkhwa’s Actions Ordinance of 2019 gives the authorities power to detain civilians indefinitely without charge in internment camps, occupy property, conduct operations, and convict detainees in the province. The report said: “The provincial high court ruled the ordinance unconstitutional, but the Supreme Court suspended this ruling. …pending the outcome of this appeal, the military retains control of detention centers and law enforcement activities in much of the former FATA.”

The report has upbraided Pakistan for lack of accountability by the government, fostering a culture of impunity among the perpetrators and sheltering officials for human rights abuses.

The UN report follows a Human rights Watch report released in January this year which too hauled up the Pakistan government for not taking note of increased persecution of women and minorities.

The HRW report, World Report 2021, said that the Pakistan government intensified its crackdown on media, political opponents and civil society in 2020. It also said that the government failed to curb violence against women and minorities. It mentioned that Pakistan used the anti-corruption watchdog, the National Accountability Bureau, to detain opponents and critics including the Jang editor, Mir Shakil-ur-Rehman.