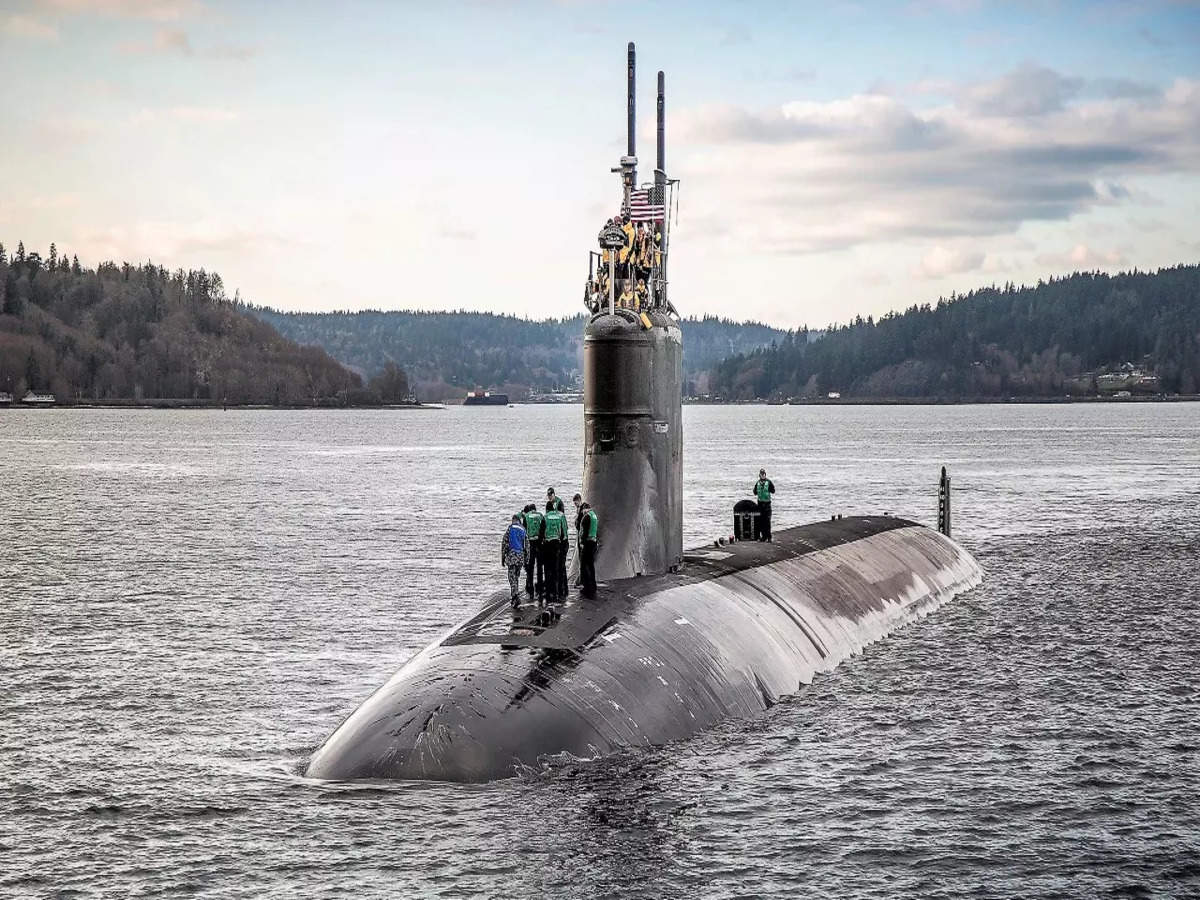 The US Navy has fired the commanding officer, executive officer and top enlisted sailor of a nuclear-powered submarine that crashed into an underwater mountain on October 2, saying the accident was preventable.

Commander Cameron Aljilani and two others were removed from their positions on Thursday following an investigation into the crash in the disputed South China Sea.

The USS Connecticut was forced to sail on the surface for a week to reach Guam.

“Sound judgement, prudent decision-making and adherence to required procedures in navigation planning, watch team execution and risk management could have prevented the incident,” the western Pacific-based 7th Fleet said in a statement.

After a damage assessment in Guam, the vessel will return to the US submarine base in Bremerton, Washington for repairs.

Last week the Navy said the investigation showed that the submarine struck an uncharted “seamount” while patrolling below the surface.

Eleven sailors were injured in the accident. According to reports, the crash damaged the sub’s forward ballast tanks, but its nuclear plant was not damaged.

The US Navy regularly conducts operations in the region to challenge China’s disputed territorial claims on small islands, reefs and outcrops.

Aljilani was replaced by an interim commanding officer.

For weeks, the cause of the incident had remained a mystery, with the US Navy initially saying that the submarine hit an “object” while underwater in international waters.

The Navy says the Seawolf vessels are “quiet, fast, well-armed, and equipped with advanced sensors”. They also have eight torpedo tubes.

The South China Sea is one world’s most disputed and economically significant waterways.

China claims almost the entire area under its controversial nine-dash line and has built artificial islands and set up military outposts in recent years.

Malaysia, Brunei, Vietnam and the Philippines also claim parts of the sea, as does Taiwan.

The US has been conducting what it calls “freedom of navigation” operations in the South China Sea to assert navigational rights and freedoms in line with international law.

Tensions in the area have only increased since 2016 when the International Court of Arbitration in The Hague rejected China’s nine-dash line and ruled that Beijing had no historic title over the South China Sea after the Philippines challenged Beijing’s claims and actions over the disputed waterway.