US to deepen ties with Taiwan amid China tensions: Top envoy 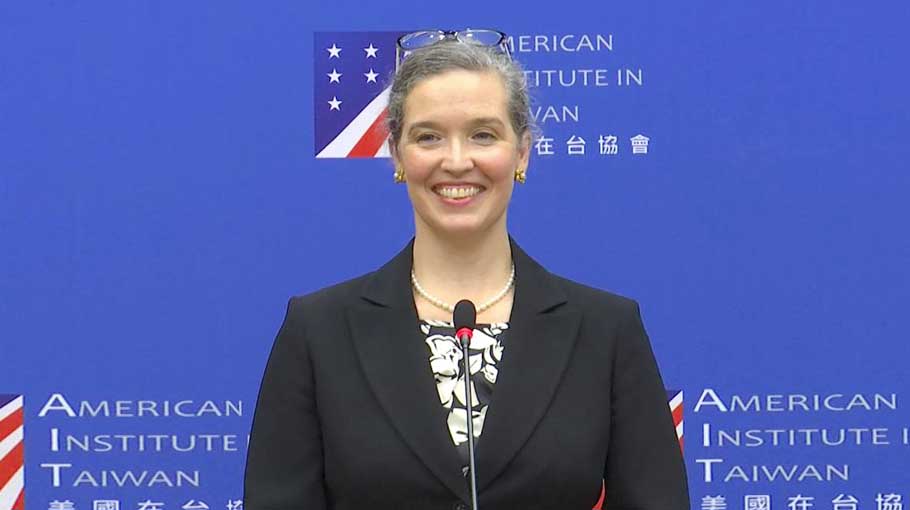 The United States wants to deepen its relationship with Taiwan and will work to counter China’s “malign” influence, a top US diplomat to the island has said, as tensions between Beijing and Taipei remain at their highest in decades.

Sandra Oudkirk, the new director of the American Institute in Taiwan, the de facto US embassy, said on Friday that Washington remains deeply committed to Taiwan and is actively working on new areas of cooperation such as in cybersecurity and supply chains.

“We are committed to deepening our ties with Taiwan,” she said, adding US support for Taiwan is “rock solid”.

The comments came after US Secretary of State Antony Blinken on Tuesday called for United Nations member states to support Taiwan’s participation at the organistion and its affiliated international bodies, something Taipei has sought since losing the seat representing China in 1971.

Observers say the rising tensions increase the risk of confrontation between the China and US, which maintains an unofficial relationship with Taiwan, including supporting the island’s ability to defend itself.

Last week, US President Joe Biden appeared to break from that longstanding US policy towards Taiwan, mandated in a 1979 law, of “strategic ambiguity”.

When asked if the US would defend the island in light of a Chinese incursion, Biden responded: “Yes”. The White House and US military officials quickly sought to walk back the response.

Meanwhile, in recent weeks, China has flown a record number of fighter jets towards Taiwan in a show of military force. Beijing has not ruled out using force to reunify with Taiwan, which split from the mainland during the civil war in 1949.

On Friday, Oudkirk declined to comment on any security initiatives or give any details about the presence of US troops on the island.

“We are going to continue to advance global and regional goals of the Biden administration, including countering malign PRC (People’s Republic of China) influence, recovering from the devastating impacts of the pandemic and addressing the threat of climate change,” Oudkirk said.

A key new focus of the US-Taiwan relationship is on supply chains amid a global crunch on computer chips known as semiconductors.

Taiwan is home to TSMC or Taiwan Semiconductor Manufacturing Inc, which is the biggest contract manufacturer of processor chips in the world. Those chips are used in everything from smartphones, medical equipment, to gaming computers.

In recent weeks, local media reported that Taiwanese companies are concerned about a request for information from the US Department of Commerce to chipmakers on potentially sensitive information such as their inventory, production and their top customers. TSMC, for example, serves clients in China as well as across the world.