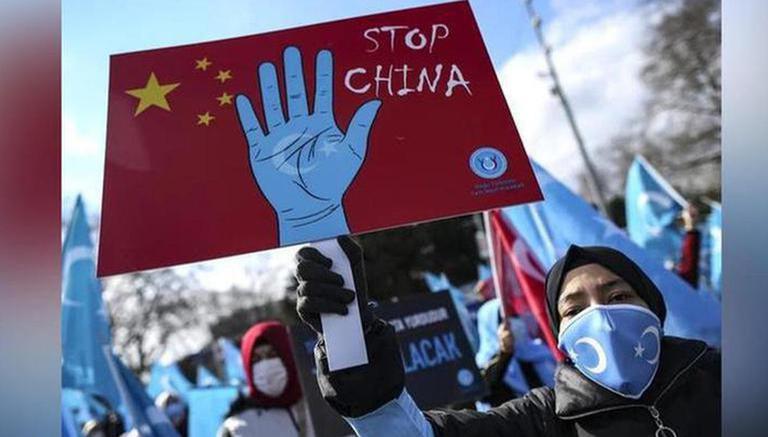 Chinese authorities have arrested a Uyghur doctoral
student known for his academic achievements in the Xinjiang region.
The information about the arrest of Abduqadirjan Rozi, who won the 2015 National College Student English Competition in China and was named the university’s student of the year and the “Model Person of the Powerful New
Generation” in 2018, has been recently given by a source, Radio Free Asia reported.

A source familiar with the case made inquiries about Abduqadirjan’s arrest and learned that he was detained by police at
Sun Yat-sen University and then taken back to Urumqi, which is the capital of the Xinjiang Uyghur Autonomous Region (XUAR).
A university official contacted by Radio Free Asia also confirmed that Abduqadirjan has been detained.
“Yes, what you heard is true,” the official said, adding that he did not have details about his arrest.

The official said he learned of the scholar’s arrest at an official school meeting when another employee told him that
Abduqadirjan would no longer be coming to the university.
“I heard about it in the school meeting,” he said. “We were told not to ask why he was arrested.”
Abduqadirjan also holds an advanced certificate in English from Cambridge International Business English and served as a
judge for the Xinjiang (/topic/xinjiang) division of the annual “21st Century Coca-Cola Cup” National English-Speaking
competition.
This came as Chinese (/topic/chinese) authorities have targeted and arrested numerous Uyghur (/topic/uyghur)
intellectuals, businessmen, and cultural and religious figures in the XUAR for years as part of a campaign to monitor,
control, and assimilate members of the minority group purportedly to prevent religious extremism and terrorist activities,
Radio Free Asia reported.
The Uyghur are facing discrimination in the Xinjiang Uyghur Autonomous
Region (XUAR) under Beijing’s rule, and the Chinese authorities are also trying to assimilate the ethnic
group by restricting religious practices and the use of the Uyghur language.
China has held up to 1.8 million Uyghur and other Muslim minorities in a network of detention camps since
2017, RFA reported.
Beijing has been rebuked globally for cracking down on Uyghur Muslims in Xinjiang by sending them to mass detention camps, interfering in their religious activities, and subjecting them to abuse including
forced labour.