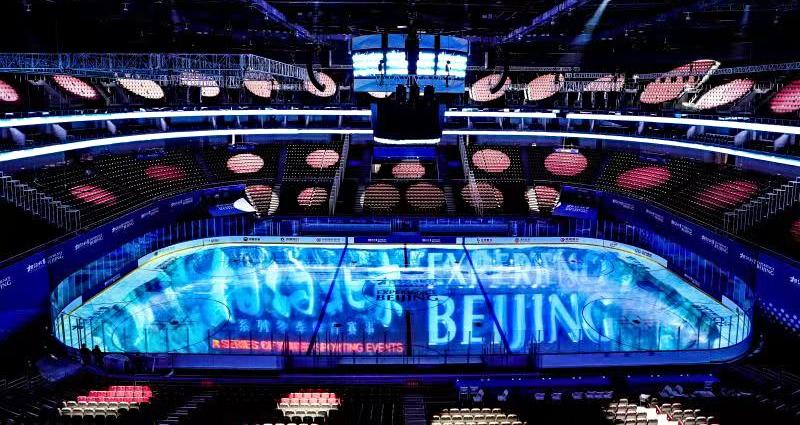 Biden confirmed last week that the U.S. is “considering” a diplomatic boycott of the event, which is scheduled to take place in the Chinese capital and nearby towns from Feb. 4-20, 2022. The move is intended to protest the government’s human rights abuses, primarily its alleged genocide of Uyghurs in Xinjiang.

“There are areas that we do have concerns: human rights abuses,” White House spokesperson Jen Psaki told reporters last Thursday. “We have serious concerns.”

A diplomatic boycott would result in U.S. officials skipping the Games, according to Reuters. Since a decision has not been finalized, the full scope of such a boycott remains unclear.

What leaders are saying:

The decision for a diplomatic boycott has won support from both Democratic and Republican lawmakers, according to CNN. Some Republicans, however, are pushing for a total boycott, citing safety concerns for U.S. athletes.

House Speaker Nancy Pelosi (D- Calif.) first called for a diplomatic boycott in May while slamming corporate sponsors who “look the other way” on China’s abuses. “For heads of state to go to China, in light of a genocide that is ongoing while you’re sitting there in your seats, really begs the question: What moral authority do you have to speak about human rights any place in the world if you’re willing to pay your respects to the Chinese government as they commit genocide?” she asked during a hearing on the Games, according to CNBC.

Sen. Marsha Blackburn (R-Tenn.), on the other hand, has called for a full boycott while accusing the Chinese Communist Party of having “no value for life.” She cited the disappearance of tennis star Peng Shuai — whose reappearance this week only raised more questions — as enough indication to warrant a complete pass on Beijing 2022.

“If you’re not going to toe the line, then they’re going to disappear you. And this is why we think it is unsafe for our athletes to go to the Olympics in Beijing,” Blackburn said on Fox News’ “Sunday Morning Futures.” “This is something that seems to be happening more regularly. So why would the US Olympic Committee send our athletes into this type of environment?”

Sen. Ted Cruz (R-Texas) supports a diplomatic boycott. Speaking on CBS’ “Face the Nation,” he expressed his hopes for America’s participation in the Games. “It’s important we do two things at the Olympics in China: Number one, that we actually show the courage the Women’s Tennis Association is showing to call out the murder, the genocide, the torture, the lies, the complicity in COVID-19 of the Chinese Communist government, to speak the truth. ,” Cruz said. “And then number two, I really hope our young men and women — that they go over there and kick their commie asses — we need to win in the Olympics.”

Cruz stressed that a full boycott would be a mistake, citing a similar decision made by President Jimmy Carter in the 1970s. “All it did was punish a generation of athletes,” he said. “We’ve got young men and young women — Americans who spent their whole lives practicing for this moment. I don’t want to punish those young athletes.”

China has long denied allegations of abuse in Xinjiang, claiming that its actions were meant to deter terrorism and “re-educate” Uyghurs. On Tuesday, state-backed Global Times published an editorial commenting on the diplomatic boycott, saying China finds the idea unworthy of its attention and that it should only focus on its own path.

“The elites of the US and other Western countries do not matter much whether they are envious, jealous, hateful, fearful, or angry. It’s not worthy for China to spend energy and resources to care about their emotions and attitudes and even attempt to reverse their negative thoughts toward China,” Global Times noted.

The editorial pointed out that China will only lose if it cared about such concerns. Still, the piece acknowledged that the Winter Olympics will serve as a ground for a “severe ideological clash” between China and “the U.S.-led West.”

“If the US wants to lead its allies in using the Beijing Winter Olympics as a stage to showcase such divergences, China needs only to morally expose their attempts and oppose them, while completely disregarding their superficial attacks toward China, as China no longer anticipates that the US and its allies would cooperate with China in such international events. As a result, we will make most of the ideological tools of the West useless,” the editorial said.