Uyghurs, Turks in Istanbul demonstrate against ‘Hunger Genocide’ in China   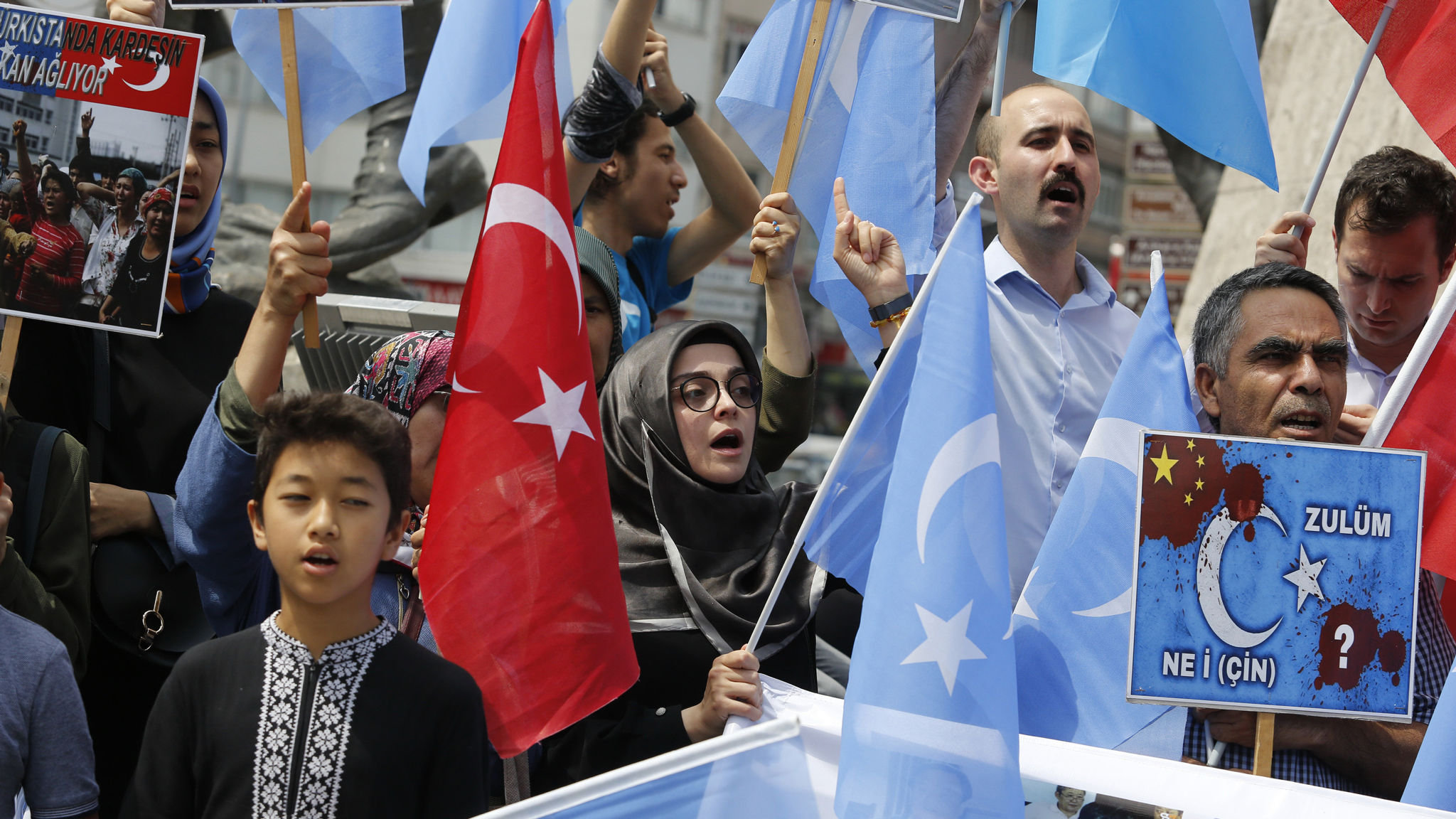 Uyghur NGOs in Istanbul on Monday demonstrated near the Chinese Consulate in Sariyer district against China’s ‘Hunger Genocide’ under the pretext of controlling the Covid-19 pandemic, while forcing a lockdown in areas of East Turkestan as a precaution against the surge in Covid-19 cases.

According to local media reports, around 3,000-3,500 protestors including women and children gathered outside the Chinese Consulate in Sariyer district at around 11 am despite rain showers.

They condemned the Chinese policy of hunger genocide in East Turkestan in the garb of efforts to control the Covid pandemic. Nearly 6-7 Uyghur NGOs came together in a show of solidarity toward their brothers, local media reports said.

The NGOs also plan to have a press release on Wednesday in front of the Chinese Embassy and the UN office in Ankara. They also intend to address a letter to NATO which had intervened against the genocide in Bosnia and Herzegovina in the past.

The videos and images published and circulated widely on social media and shared by Uyghur activists show Uyghurs who have been found dead due to hunger and disease in their homes where they were forcibly imprisoned. It also shows those who took their own lives as they could no longer withstand hunger and pain.

They even include young children who are starving or have died due to hunger or high fever but did not get access to food or medicine, local media reported.

Uyghur activists are accusing the Communist Party of China of now using this new way and pretext to exterminate the Uyghur race but so far no single foreign government or International organisation has done anything.

Meanwhile, a huge prayer event took place in Kucucekmece Fatih Mosque, Istanbul on the evening of Saturday, where Muslims including Uyghurs prayed for their vulnerable and unprotected brothers and sisters who are facing the ‘hunger genocide’ in East Turkestan, the intensity of which has increased severely in the past days.

Local organisations in Turkey are also supporting their Uyghur brothers in their fight against Chinese oppression. Ihsan Senocak, the founder of the Centre for Scientific and Industrial Research (IFAM) addressed a well-attended gathering in Samsung on Saturday in IFAM premises where he lamented ‘….why we are feeding the enemies of Allah and his messenger….is there no help for these Muslims, adding that ‘East Turkestan will become a graveyard for China, media reports said.

Appealing on social media Senocak said ‘Where mosques were destroyed….where prayers were silenced…where children were raised as orphans….according to the Red Book of Mao…China which seals houses with iron is starving our brothers …..O Muslim! be the voice for your brother’s pain.’

A delegation of the East Turkestan New Generation Movement also met Mustafa Destici, the Chairman of the far-right Great Unity Party (Buyuk Birlik Partisi, BBP) and requested him to include the Chinese-inflicted ‘hunger genocide’ in East Turkestan in the party’s agenda.