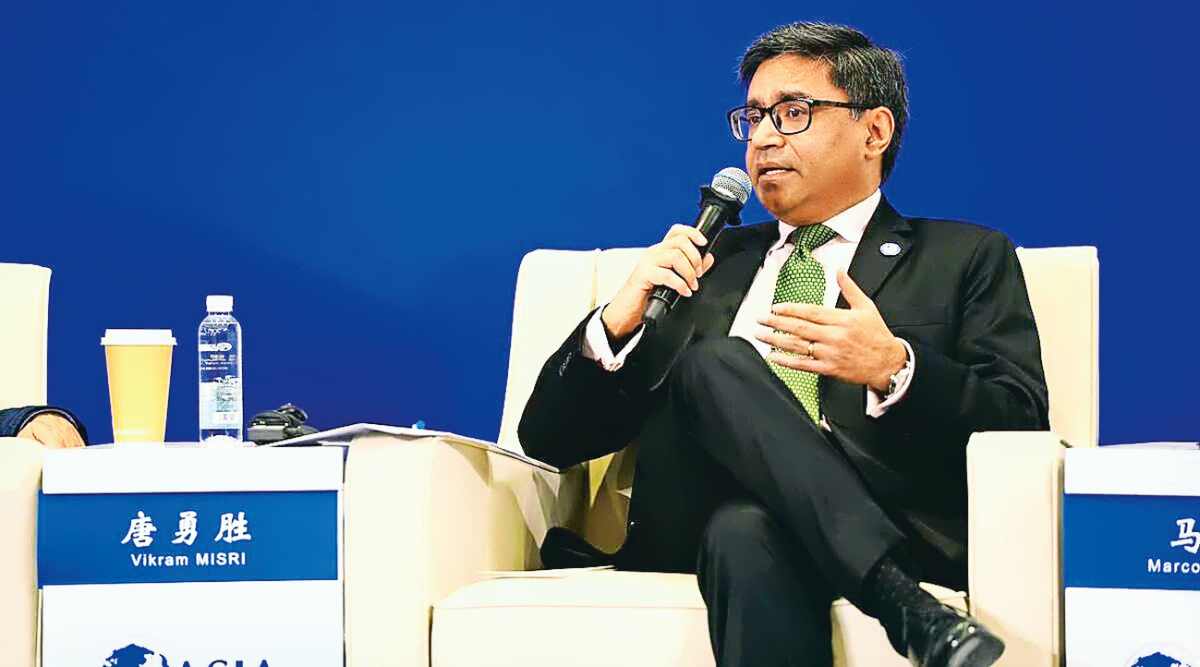 Vikram Misri, who was India’s envoy to Beijing for almost three years till early this month, has been named the next Deputy National Security Advisor.

He will succeed Pankaj Saran, ex-Indian envoy to Russia and Bangladesh who demits office on December 31. He was in Beijing during one of the most challenging phases in the relationship with China, as a border stand-off has been ongoing for more than 19 months now.

A 1989-batch IFS officer, Misri will bring in his foreign policy expertise from the region and beyond and will report to NSA Ajit Doval. The other two deputy NSAs are Rajender Khanna and Datta Pandsalgikar.

Misri, 57, has worked in the Prime Minister’s Office in the past, with three Prime Ministers — I K Gujral, Manmohan Singh and briefly, with Narendra Modi as well during the initial months.

He was also Under Secretary in the Office of the External Affairs Minister of India I.K. Gujral from November 1996 to April 1997, and later on became Private Secretary to Gujral when he became Prime Minister from April 1997 to March 1998.

He was also Joint Secretary in the Prime Minister’s Office from March 2012 to October 2012, before he became the PS to Prime Minister Manmohan Singh.

He was also Director of the Office of the External Affairs Minister Pranab Mukherjee from November 2006 to September 2008. This was the time when the Indo-US nuclear deal was being negotiated.

He has served in Pakistan, Sri Lanka, US, Myanmar, Brussels and Spain among other countries.

He was First Secretary/Counsellor/C.d´A in the High Commission of India in Islamabad from August 2000 to September 2003 during the days of Parliament attack, Op Parakram, Agra summit.

He was Political Counsellor in the Embassy of India in Washington D.C from September 2003 to October 2006, where he was associated with the key changes in the contours of the Indo-US relationship — from Vajpayee government’s Next Steps in Strategic Partnership to the closer strategic relations between Manmohan Singh government and George W Bush administration.

Born in Srinagar, Misri had his early education in Srinagar (Burn Hall School and DAV School) and in Udhampur (Carmel Convent School) in Jammu and Kashmir.

He finished his schooling from the Scindia School in Gwalior and went on to earn a Bachelor’s degree with Honours in History from the Hindu College, University of Delhi and an MBA from XLRI, Jamshedpur.

Before joining the government, he worked for three years in the private sector in the fields of advertising (Lintas India – Bombay and Contract Advertising – Delhi) and advertising film-making. He speaks fluent Hindi, English and Kashmiri and has a working knowledge of French.