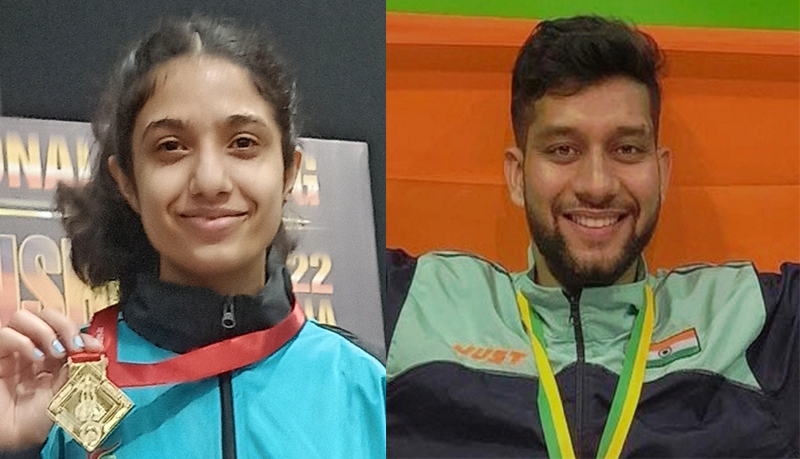 Ace international fencers of Union Territory of Jammu and Kashmir, Vishal Thapar and Shreya Gupta have been selected to represent India in the Senior Commonwealth Fencing Championship, scheduled to be held at London from August 9 to 20.
Both the fencers were selected on the basis of their ranking and splendid performances during the selection trials held at NSNIS Patiala and ASI Pune.
Nuzhat Gul, Secretary J&K Sports Council congratulated both the fencers for their selection in the prestigious championship and also lauded the efforts of their coaches including Shotu Lal Sharma and Rachna Jamwal for this success.