Wakhan: The Corridor of Complication between Taliban, Pakistan and China 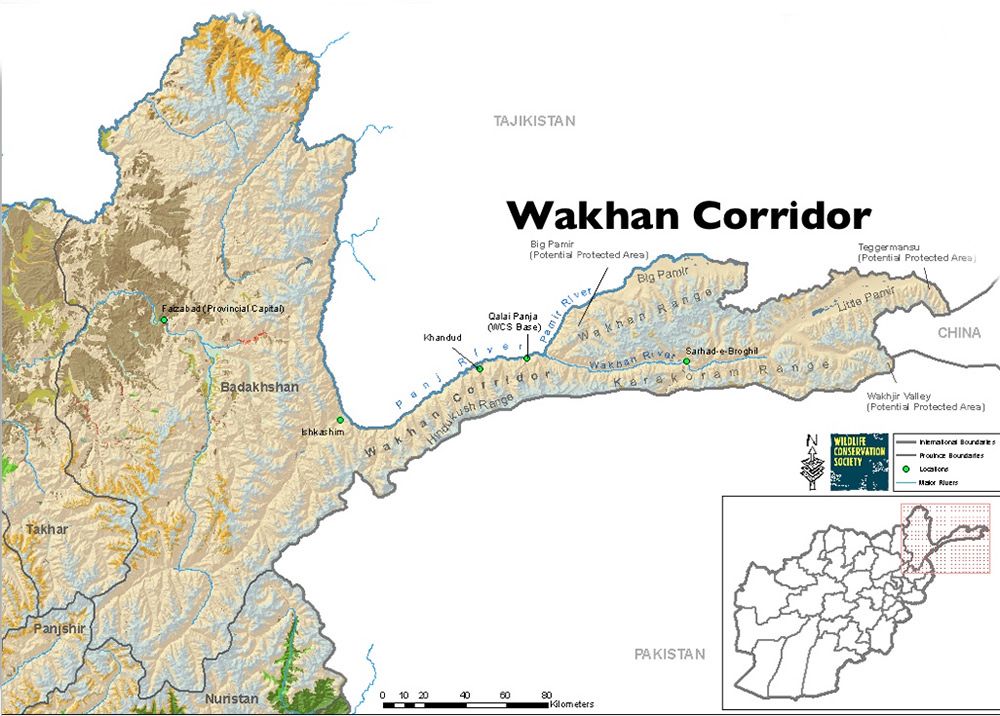 On July 27th, the Afghani social media circles were abuzz with a video showing the Taliban forces destroying a pillar having Pakistani signs (pillars with the words “Pakistan 2021”). This incident reportedly happened near the Pakistan-Afghanistan border along the Wakhan district of Badakshan, not far from the Chinese boundary. Earlier reports suggested that the Pakistani army had occupied close to 400 meters of land inside Afghanistan’s territory, including a small river, a charge later denied by the Taliban regime.

The incident comes close on the heels of the Afghanistan government denying reports of them reaching an agreement with Pakistan over the Wakhan corridor and the boundary lines surrounding that.

Wakhan is a remote district in the hilly Badakhshan province, which is 217 miles long and less than 9 miles wide and in between northeastern Afghanistan and Central Asia and ends with the narrow border between Afghanistan and China, which is only 47 miles long. The Hindukush Mountain range to the west and the Karakorum mountains to the south encircle Wakhan. The district borders Tajikistan to the north, Pakistan to the south, and China to the northeast. The high-altitude region that connects Central and South Asia is largely covered in snow.

The valley was designated as a buffer zone between the two empires’ borders because of the Russo-British agreements in 1895; it was officially governed by the emir in Kabul.

The Tajikistani area of Gorno-Badakhshan, to the north of the Corridor, was the scene of a brief but bloody civil war in the 1990s. Greater Kashmir, which is bitterly contested by India, Pakistan, and China, is located to its south. While this is happening, Xinjiang may be found across the icy Wakhjir pass at the far eastern extremity of the Corridor. This region also includes the Amu River.

For reasons related to trade with Tajikistan, Pakistan had requested the building of a transit road across Wakhan, according to Khurram’s tweet from July 22. In response to these claims, the Afghanistan government’s spokesman Zabihullah Mujahid stated: “No discussion has taken place on the issue. There will be no compromise even on an inch of Afghanistan’s territory”.

Just days before the incident involving Taliban fighters destroying border posts built allegedly by the Pakistan military, there were strong rumours circulating in Afghanistan about Pakistan looking to set up its presence via camps and posts in this area. Faran Jeffery, deputy director and head of the South Asia terrorism desk at the Britain-based Islamic Theology of Counter Terrorism (ITCT) spoke to India Today TV on how he views the situation.

Jeffery suggests the above rumours were a strong reason for the Taliban’s show of strength at the Wakhan corridor where they brought down alleged Pakistani posts. “I think the Taliban removed the border pillar and filmed the entire episode to dispel those rumours. In the past too, the Taliban has shown that it intends to take Afghan nationalist aspirations seriously and won’t back down easily in front of Pakistan.“

Experts also believe that Pakistan is trying to utilize its strategic proximity to Afghanistan and the Wakhan Corridor to posture its intentions in controlling the advancement of the Taliban toward the Western borders of China, bordering on the Tashkorgan (Tashkurgan) Autonomous County in the Kashgar Prefecture of Western Xinjiang region.

On the other hand, China has ensured to directly engage with the Taliban rather than rely on Pakistan owing to Pakistan’s failure to protect the recent killings of Chinese nationals part of the CPEC projects. In July 2021, a suicide bomber driving a car crashed into a convoy of Chinese workers headed for a hydropower project in northern Pakistan, killing 14 Chinese workers. With Pakistan having its plate full in having to deal with local actors like TTP and the Baloch militants, China has been steadily building its rapport with the Taliban.

According to Abdul Basit, Research Fellow at S. Rajaratnam School of International Studies (RSIS), the Taliban never acknowledged the Pakistan-Afghanistan border, precisely why it keeps getting referred to as the Durand line. “Earlier this year, the Taliban and the Pakistan army clashed on the Torkham border which falls under the region of FATA. It was to stop the illegal fencing work. This incident at the Wakhan corridor is a continuation of such conflicts and is primarily carried out by the Taliban to make a point on nationalism”, Rajaratnam told India Today TV. He also adds that it is unlikely that China would rely on Pakistan in dealing with the Taliban and in fact, feels the other way is quite possible. “Pakistan may in fact be asking for China’s help to deal with the Taliban and the TTP”, he added.

China’s treatment of Uyghurs and its general approach in dealing with Islam and Islamic radicalization within China is often an issue of interest and contempt globally. After the Taliban came back to power, something that the Taliban did not expect was for Afghanistan to totally get isolated with respect to incoming fund flow, NGOs and bilateral relations with nations that played a significant role in the past.

Hence, China has been the major contributor and supporter of Afghanistan, at least on paper as of now. If it was Pakistan for the US, it may well be Afghanistan for China. Similar to Pakistan leveraging its strategic importance to get financial assistance from the USA, Afghanistan may try to talk hard on Uyghur separatists to get support from China but again use the ETIM as a trump card for negotiations; especially given China’s concerns about the presence of militants along its border.