What the Taliban victory in Afghanistan means for India and the world, explained 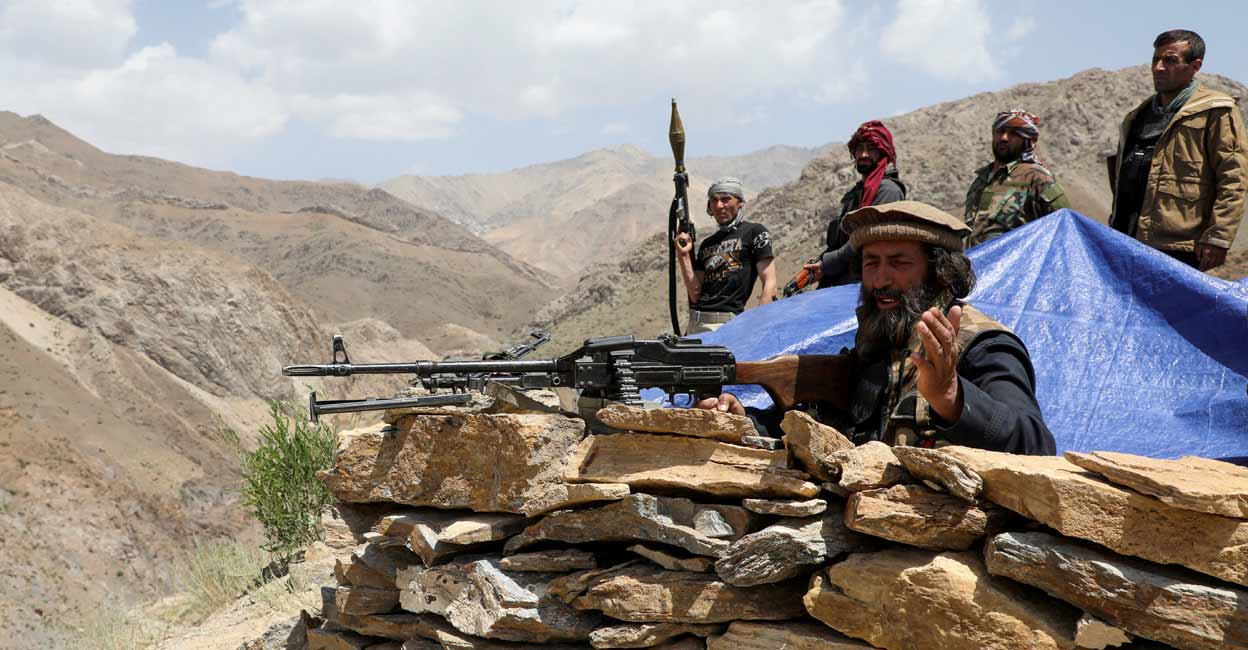 Almost in the blink of an eye, Afghanistan changed this week. The worst price is going to be paid by young Afghans who grew up in the wake of 9/11: for all the corruption and inefficiency of the government, the decades since have seen historically unprecedented gains in education, employment and incomes. Women—often denied an education under the Taliban, and subjected to horrific human rights violations—were the biggest beneficiaries. Now, their hopes and dreams have disintegrated.

The people of Afghanistan, though, aren’t going to be the only ones to feel the impact. How did this come about? And what does the rebirth fo the Taliban’s Islamic Emirate going to mean for India, the region, and the rest of the world? Here is an essential primer on the Taliban’s takeover of Afghanistan and its potential ramifications on India and the world.Was the triumph of the Taliban an intelligence failure?

Less than a week ago, United States officials were predicting Kabul would hold out for at least four weeks. Before that, they were saying it would take months for the Taliban to conquer major Afghan cities. And before that, they were claiming the Taliban just couldn’t overwhelm Afghanistan. Experts have noted that these assessments either represent a spectacular intelligence failure—or were a wilful lie, to facilitate American withdrawal.

The truth is no one should have been surprised. Ever since 2014, when the United States and its allies ended combat operations—although they continued using air power—the Taliban steadily seized incrementally greater tracts of rural territory. The Afghan army’s 215 Corps, stationed in Helmand, had almost collapsed in 2017—forcing the United States to send in troops, ostensibly on a “training” mission.

Slowly, the Taliban took isolated rural districts and surrounded the major cities. This summer, after the United States began pulling out its last troops, and reduced airstrikes against the Taliban, the process dramatically accelerated.

Did the Afghan military give up without a fight?

Although the official count of Afghan government forces come to almost 350,000, over half of that was made up of poorly disciplined, ill-trained and often corrupt militia and police groups. The actual army was only 185,000 strong, only some 60% of them combat troops.  To protect the country’s cities and towns—linked by an at-best tenuous road network—the army had to be scattered amidst over 10,000 small outposts and checkpoints.

The Taliban, by contrast, could concentrate their estimated 60,000 core troops and 90,000 militia on hit-and-run operations.

As long as the Afghan military had the backing of airpower, it could offset some of these disadvantages. But hasty United States withdrawal left the tiny Afghan Air Force without the mostly-American contractors who maintained its fleet.

Secondly, the Afghan armed forces just didn’t have any means to hit the Taliban’s logistics bases and training hubs across the border, in Pakistan. It didn’t even have troops to guard the border and choke off infiltration. Consider the numbers: India commits over 320,000 Army soldiers to Jammu and Kashmir, one third the size of Afghanistan.

Thirdly, the Afghan military suffered from corruption, inefficiency and waste. In some cases, officers pocketed money meant for their men. There was large-scale profiteering in contracts—often in collusion, official investigations have noted, with United States contractors and military personnel.

What is the rebirth of the Taliban’s Islamic Emirate going to mean for India?

In the short term, the fallout probably won’t be huge: even though India’s borders, on the map, extend to Afghanistan, Pakistan-occupied Kashmir in fact lies in between the two countries, which provides something of a geographical cushion. In recent years, Pakistan has scaled back cross-border infiltration by terrorist groups—not because of Afghanistan, but because it fears war, which its economy is ill-poised to face. As long as Pakistan keeps the jihadi tap shut, things in Kashmir will remain stable.

The future, though, isn’t quite so certain.

First, successive United Nations reports have said groups like the Jaish-e-Muhammad and Lashkar-e-Taiba are operating alongside the Taliban. In the future, these groups could expand their training facilities and bases in Afghanistan, expanding their lethality and reach.

The Taliban, despite promises, also continues to harbour al-Qaeda. It’s main fighting arm, the Haqqani Network, has close links with a wing of the Islamic State which has trained Indian nationals, and even used them for suicide attacks.

Finally, the triumph of the Taliban will inspire jihadists across the region, just as the Mujahideen victory against the Soviet Union did a generation ago.

Will the rise of the Taliban destabilise the region?

Almost certainly. The Taliban’s fighting forces in northern Afghanistan include Uzbek and Tajik nationals, who have been involved in Islamist insurgencies in Central Asia. The Taliban has ties to jihadists from Xinjiang, in China. It also includes within its rank large numbers of jihadists with viciously anti-Shi’a beliefs. To make things worse, the Taliban has close links with narcotics traffickers and other criminal cartels.

Even Pakistan has reason to worry. The Taliban has close ties to the Tehreek-e-Taliban Pakistan, which has waged a bitter insurgency against Pakistan and continues to stage terrorist attacks in Pakistan’s Khyber-Pakhtunkhwa. The TTP has also targeted Chinese interests in Pakistan.

Islamabad has been the Taliban’s patron-in-chief—but now the Taliban has got with it wants, it will likely try to leverage its links with the TTP to gain more decision-making autonomy.

The regional powers—Iran, Russia, China and Pakistan—embraced the Taliban, with the common goal of evicting the United States from the region, and securing their interests. How long this alliance will sustain itself, though, is anyone’s guess.

Does India still have any cards to play?

Ever since 9/11, India has invested some $2 billion in aid to Afghanistan—no great amount, it’s true, compared to the over $2 trillion the United States sank in, but no small change, either, given that even America’s spending on governance and development was just about $36 bn.  The major investments include the Salma Dam, in western Afghanistan, the Delaram-Zaranj highway, and Afghanistan’s—now useless—Parliament building.

Some of those investments, like investments made in the Chabahar port in Iran, the hub of a trade route that freed Afghanistan from the chokehold of Karachi, may provide New Delhi with a degree of leverage. The Taliban, for obvious reasons, won’t want to be completely dependent on Pakistan.

For now, though, New Delhi is isolated. In the build-up to 9/11, India funded the anti-Taliban Northern Alliance, but could only do so because it had an alliance with Iran and Russia. Today, those countries are on the other side. Even then, India failed to stop the victory of the Taliban; only 9/11 did that. It also earned the terrorist organization’s ire, which reflected itself in the Taliban’s support for the terrorists who hijacked an Indian Airlines flight to Kandahar.

Now, New Delhi’s wisest course of action might be to sit on the sidelines, and watch the match—until the opportunity presents itself.

What does this mean for America’s role in the world?

For smaller countries in Asia who are weighing their options, though, the lessons from Afghanistan won’t be heartening. Is the United States really be willing to protect allies in trouble, some will be asking?  Are the commitments it makes credible? Does it have the stomach for a fight?

The bottom line is that there’s diminishing support within the United States for open-ended military commitments overseas—and there’s likely to be even less in the future. This generation of young Americans is the first, in a century, to face the prospect of being poorer, in real terms, than its parent. Young Americans face historically unprecedented levels of debt.

Even though the United States remains the world’s preeminent economic and technological power, it’s going to much more inward-looking than in the past.