What Will The Terrorism Landscape Look Like In A Taliban-Led Afghanistan? 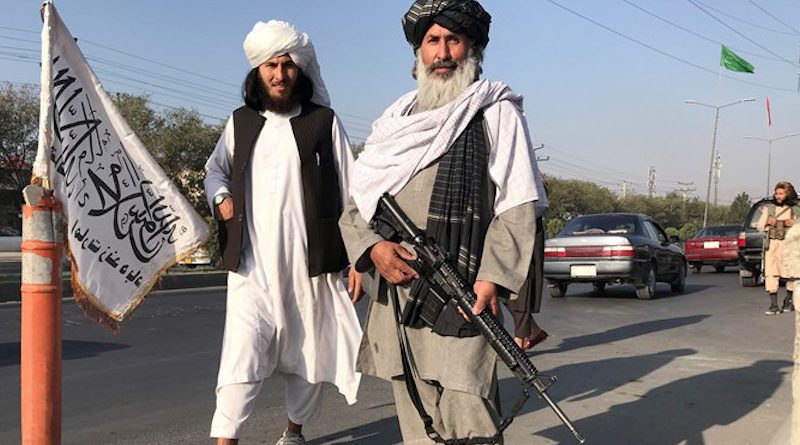 The Taliban’s recent capture of Kabul has the group poised to take back control over Afghanistan. Without question, a Taliban-led Afghanistan is going to be a hospitable operating environment for terrorists, insurgents, and militias of various stripes. But not all terrorist groups are created equal, in terms of capabilities, intent, or relationship to the Taliban. Counter-terrorism officials are alarmed that, capitalizing on the momentum from the Taliban’s frenetic storming of Kabul, Afghanistan may once again become a magnet or hub for foreign terrorist fighters. This fear includes foreign fighters from the West, but more immediately, battle-hardened jihadists from Pakistan, Xinjiang, Tajikistan, Uzbekistan, and the Caucasus, to name just a few places.

Besides the Taliban themselves, the most significant beneficiary of recent events is al Qaeda. As we approach the 20th anniversary of the September 11, 2001, al Qaeda attacks on the United States, the jihadist group is in a position to regenerate its networks throughout South Asia. In particular, al Qaeda in the Indian Subcontinent (AQIS) will benefit from the Taliban’s ascendance. Over the past several years, al Qaeda has sought to recruit Indian and other South Asian Muslims who have grown disaffected from growing sectarianism in the region, including in India where Hindu nationalists have repeatedly targeted Indian Muslims.

One of the byproducts of a Taliban-led Afghanistan could be an upsurge in new recruits for al Qaeda. With the center of gravity in the global jihadist movement pivoting from the Middle East back to South Asia, the result could change the demographic makeup of al Qaeda, transforming it from a predominantly Arab organization to one dominated by Afghans, Pakistanis, and other South Asians. While this development would help with local political legitimacy, it could also cause a rift with al Qaeda franchises elsewhere, depending on how al Qaeda in Afghanistan balances local, regional, and global priorities of the organization writ large. Historically, the Taliban has maintained ties to a number of South Asian jihadist groups, including Lashkar-e-Jhangvi (LeJ), Sipah-e-Sahaba-e-Paksitan (SSP), Jaish-e-Mohammed (JeM), Lashkar-e-Taiba (LeT), Harkat-ul-jihad-e-Islami (HuJI), and Harkat-ul-Mujahideen (HuM).

Many counter-terrorism experts believe it is inevitable that al Qaeda will not only rebound under the Taliban’s protection, but also that the group will once again look to plan and conduct spectacular attacks against Western targets. It should be noted, however, that the Taliban has few incentives to lend support to groups plotting attacks against the West. The Taliban will be seeking international legitimacy, and even countries like Russia and China that typically eschew commenting on issues related to “sovereignty” will struggle to support a government that is providing sanctuary to terrorist groups actively planning attacks. Even still, the question is whether the Taliban will be able to effectively constrain al Qaeda if the latter decides to rebuild its external operations planning capabilities. For its part, the Islamic State Khorasan Province (ISKP) will look to take advantage of the situation to recruit new fighters and mount its own comeback in Afghanistan. As a dedicated foe of the Taliban, ISKP could find itself under siege from a coalition of Taliban and jihadist allies. As they did in Iraq and Syria, Islamic State fighters could look to attack sectarian targets—especially Afghan Shia Hazaras—to generate support and push Afghanistan closer toward civil war.

High-profile groups like al Qaeda and ISKP will receive the lion’s share of attention, but there are also questions about what this signals for groups like the Islamic Movement of Uzbekistan (IMU), Khatiba Imam al-Bukhari (KIB), the East Turkestan Islamic Movement (ETIM), and a range of jihadist groups in Pakistan, including the Tehrik-e-Taliban (TTP), or Pakistani Taliban. Afghanistan—and, indeed, the region—will experience a transition with Taliban rule. Accordingly, regional heavyweights, specifically China, Russia, Iran, Pakistan, and India, will each seek to extend their respective influence in Afghanistan, which could include sponsoring proxy groups and irregular militias. These same regional powers also have their own terrorism concerns: China with Uyghur militants from ETIM, which maintains ties with al Qaeda; Russia with Chechen fighters active throughout the Caucasus and Central Asia; Iran with ISKP and other virulently anti-Shia groups; Pakistan with blowback from the TTP, which will benefit directly from Taliban rule; and India with the alphabet soup of jihadist groups cultivated by the Pakistani state and occasionally deployed to India to conduct terrorist attacks. With a greater interest by external nations with developments in Afghanistan, this could also lead to the resurgence of state-sponsored terrorism throughout the region.

Once the United States completes the evacuation of its diplomats and Afghans seeking refuge and the last of its troops leave, there is no going back. There is clearly counter-terrorism fatigue in Washington, as policymakers seek to shift funding and resources to great power competition. Groups like Hamas in Gaza and Hayat Tahrir al-Sham (HTS) have already expressed support for the Taliban’s Islamic Emirate. Terrorism expert Asfandyar Mir has noted that “global jihadists are electrified by the Taliban’s return,” describing the group’s takeover of Afghanistan as “monumental” for the jihadi movement.

The future of counterterrorism in South Asia will not be led by the West. On the contrary, Moscow, Beijing, Tehran, and Islamabad are poised to grab the reins in filling the power vacuum left by Washington. The terrorism landscape is evolving and may prove to metastasize into something even more dangerous than the threat posed by al Qaeda in the lead up to September 11, 2001. The main difference now is that the United States has limited leverage in how it can respond. An offshore or over-the-horizon counter-terrorism approach may be necessary, but not sufficient, to quell the danger emanating from a highly energized global jihadist movement returning to its roots in Afghanistan.

But just because the United States is done with the fight doesn’t mean the jihadists are—in fact, they may just be getting started.

The views expressed in this article are those of the author alone and do not necessarily reflect the position of the Foreign Policy Research Institute, a non-partisan organization that seeks to publish well-argued, policy-oriented articles on American foreign policy and national security priorities.

*About the author: Colin P. Clarke is a non-resident Senior Fellow in the National Security Program at the Foreign Policy Research Institute and is the Director of Policy and Research at The Soufan Group and a Senior Research Fellow at The Soufan Center.