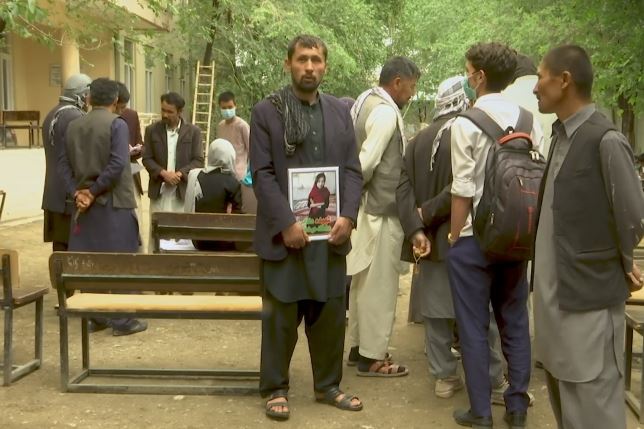 Since Kabul fell to the Taliban Sunday, critics have flayed President Biden for diminishing America’s global standing, empowering the Taliban and their al Qaeda partners, cold-shouldering U.S. allies, and abandoning Afghans who risked their lives to work with Americans. Add one more likely consequence of the cack-handed U.S. withdrawal: an emboldened Pakistan, whose Taliban-friendly generals and plethora of jihadist groups feel the wind in their sails.

In official statements, Pakistan says it backs a peaceful resolution in Afghanistan. But if there is one global capital where the Taliban victory was greeted with barely disguised glee, it was in Islamabad. On Monday, Prime Minister Imran Khan praised Afghans for “breaking the shackles of slavery.” On social media, retired generals and other Taliban boosters hailed the triumph of Islam, never mind that the defeated Afghan government too called itself an Islamic republic.

Exultant Pakistanis shared a video clip from 2014 featuring Hamid Gul, a former head of the army’s spy agency, Inter-Services Intelligence. “When history is written, it will be stated that the ISI defeated the Soviet Union in Afghanistan with the help of America,” Gul says to a fawning TV studio audience. “Then there will be another sentence. The ISI, with the help of America, defeated America.”

You can understand why Taliban fans want to gloat. Between 2002 and 2018, the U.S. government gave Pakistan more than $33 billion in assistance, including about $14.6 billion in so-called Coalition Support Funds paid by the Pentagon to the Pakistani military. (Donald Trump ended nearly all military assistance and also slashed nonmilitary aid from its peak in the Obama years.) During the same period, Pakistan ensured the failure of America’s Afghanistan project by surreptitiously sheltering, arming and training the Taliban.

“We found ourselves in an incredibly bizarre situation, where you are paying the country that created your enemy so that it will let you keep fighting that enemy,” says Sarah Chayes, a former adviser to the chairman of the Joint Chiefs of Staff, in a phone interview. “If you wanted to win the war, you had to crack down on Pakistan. If you wanted to conduct operations [in Afghanistan] you had to mollify Pakistan.”

For Pakistani generals, winning the “double game” – ostensibly helping America while simultaneously encouraging its enemies – required finesse. Sometimes it seemed like the jig was in place, especially in 2011 when the US Navy SEALs killed Osama bin Laden in a safe house next to Pakistan’s first military academy, but successive administrations, Republican and Democrat, refused. to take steps that might have forced Pakistan to rethink its support for the Taliban.

Ideas such as the forced denuclearization of Pakistan, the imposition of sanctions on army officers, the restriction of movement and education in the West of ISI members and their families, the abolition of the The ridiculous designation of Pakistan as a “major non-NATO ally” and declaring it a sponsor state of terrorism has never gone beyond the reports of think tanks and newspaper experts.

“Pakistan is a suicide bomber the size of a country,” says Chayes. “The message Islamabad is sending is that if you get too close to us, we’ll blow ourselves up.

The world will likely experience this instability anyway. At least for now, the Taliban victory responds to the Pakistani military’s decades-old quest to gain “strategic depth” by controlling Afghanistan. But that will not satisfy the generals; it will whet their appetite.

Before the September 11 attacks, they used Taliban-controlled Afghanistan as a training ground for anti-Indian jihadist groups such as Lashkar-e-Taiba. Afghanistan has also provided the ISI with a means to evade responsibility for terrorist attacks tracing back to territory controlled by its proteges. Given the Taliban’s close ties to groups like al-Qaeda and LeT, only the naive volunteers would take at face value the jihadist group’s assurances that they would not allow the use of Afghan territory to target other countries. .

The symbolic significance of an army of fanatics humiliating the world’s only superpower is hard to overstate. In the Pakistani army, he will strengthen the hand of those who view Afghanistan not only in geopolitical terms, but as the fulfillment of a religious project rooted in an extreme interpretation of Islam that shuns Western influence.

The same is true in Pakistani society in general. If anti-musical, anti-Western and anti-Shiite misogynists can seize power in Kabul, why can’t they do the same in Islamabad? At least one local Pakistani jihadist group, the Tehreek-e-Taliban, is made up of fighters already at odds with the Pakistani government.

In a telephone interview from Islamabad, Afrasiab Khattak, a former Pakistani senator and activist for the rights of the Pashtuns, pointed out that Pakistan is home to some 36,000 madrassas, or religious seminars, some of which are activists. “The same places that produce the Taliban produce similar people in Pakistan,” he said. “They will compete for power in Pakistan too.”

In early 2009, when Afghan President Hamid Karzai urged Vice President-elect Joe Biden to crack down on Taliban shelters across the border, Mr. Biden reportedly pushed him back, stressing that “Pakistan is 50 times more important than Afghanistan for the United States. “As president, Mr. Biden may have assured that Pakistan is 50 times more dangerous to the United States and the world as well.