When a Pakistani prime minister sacked his army chief 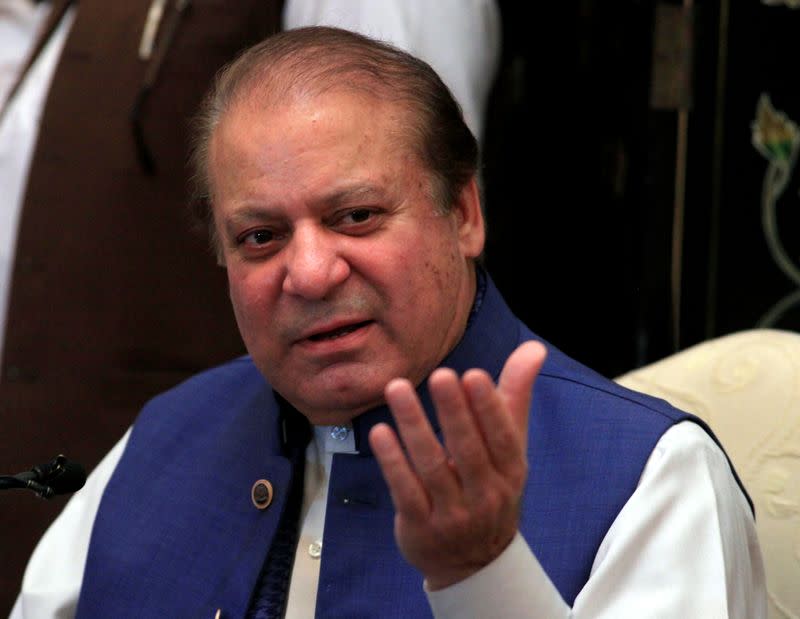 Politics is a soldier’s curse, said French military ruler Napoleon Bonaparte. But Pakistan has lived this idea throughout its short history as an independent nation. Every civilian government has died prematurely. Most of them suffered at the hands of the supreme soldier of the Pakistan Army, whose generals directly ruled the country for 34 years.

Nawaz Sharif, convicted in a corruption case and living in exile now, was the prime minister. He sacked Pakistan Army chief General Jehangir Karamat, an immensely popular figure in the country, in 1997.

This was the first time that the dice of power rolled in the reverse direction in Pakistan.

Nawaz Sharif had led his Pakistan Muslim League-Nawaz (PML-N) in 1997 to the biggest single-party victory in a parliamentary election in Pakistan since 1977. His political power was rising as the Pakistan Army was attempting an image makeover under Jehangir Karamat.

Jehangir Karamat had earned a huge reputation in Pakistan for saving the previous Benazir Bhutto government from falling to a military coup, codenamed Operation Khalifa. Karamat was then the chief of general staff, while General Abdul Waheed Kakar was the army chief.

It was claimed that they wanted to reinstate Nawaz Sharif as the prime minister in place of Bhutto, whose Pakistan Peoples Party (PPP) had emerged as the largest party in the 1993 election and formed the government by striking a deal with the army.

The deal was that the Bhutto government would not interfere with the running of the Pakistan Army, which, in turn, would try not to destabilise the civilian government.

Karamat got a tip-off and marshalled his resources fast enough to suppress the military coup. More than 35 military officers were arrested. Karamat’s public reputation was unimaginably high for saving a democratically elected government in Pakistan.

By the time Nawaz Sharif won the parliamentary election, Karamat had become the Pakistan Army chief appointed by Benazir Bhutto in 1996.

In his second term as the Pakistan prime minister, Nawaz Sharif was confident of pushing reforms and amendments that he deemed fit. The constitution amendments 13th-15th became the sticking point between Nawaz Sharif on one side and army chief Karamat, Pakistan’s Chief Justice Sajjad Ali Shah and President Farooq Leghari, the first Baloch leader in the office. Like Karamat, Leghari was also a Bhutto favourite at the time of appointment.

The 15th amendment attempted to make the Sharia the supreme law in Pakistan. Additionally, Nawaz Sharif ordered the setting up of anti-terror courts. These measures alarmed stakeholders in Pakistan’s power structure.

Nawaz Sharif was summoned by the Supreme Court for contempt of court for criticising the chief justice. During the hearing, Nawaz Sharif’s party workers vandalised the court, breaching police barriers.

A furious Chief Justice Shah wrote a letter to President Leghari urging him to call the army to take action against Nawaz Sharif.

The entire episode strained the civil-military relation that had been cultivated during Benazir Bhutto’s government. The army had been looking to become the protector of the civilian government to cast off the usurper’s image built during General Zia-ul Haq’s rule, 1977-88, in Pakistan.

But this approach was denting the army’s image as Nawaz Sharif was giving a free hand to hardliner maulavis in order to get the 15th amendment passed for the Sharia to become supreme in Pakistan. Karamat was also criticised for not coming to Chief Justice Shah’s rescue when his office was besieged by Nawaz Sharif’s party workers.

Karamat was considered a soldier who was devoted to civil governance in Pakistan. But in early October 1998, he addressed new naval officers and his speech was an indictment of the Nawaz Sharif government.