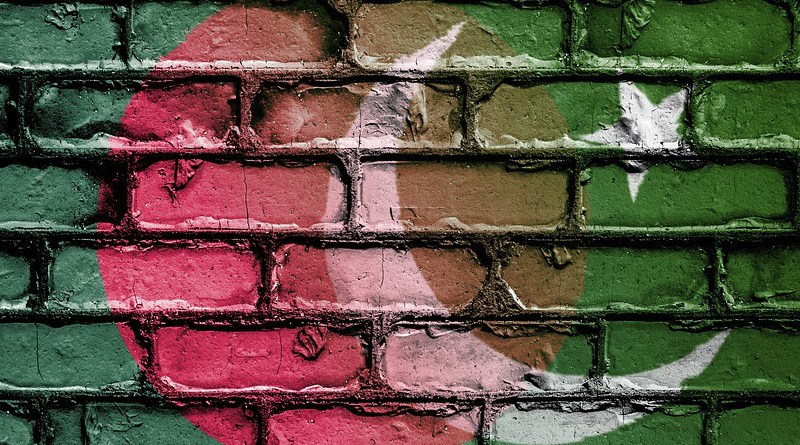 Bangladesh got its great independence from Pakistan in 1971 through a bloody hardcore struggle. Pakistan had been exploiting Bangladesh systematically. Pakistan’s economy was built on the money of Bangladesh. However, the country under the charismatic leadership of its great founding father Bangabandhu Sheikh Mujibur Rahman got its ultimatum identity.

Bangladesh inherited a shattered economy and a completely broken infrastructure. It was described as a hopeless economic disaster by many economic experts and world leaders such as Henry Kissinger who called it a “Bottomless Basket” in 1974. Nobody believed that it could survive economically as an independent country. Today the world is both surprised and delighted to see the phoenix rising from the ashes.

But the path was not so easy. A war-ravaged country saw a reality. The country had to move through economic struggle. Bangabandhu Sheikh Mujibur Rahman tried his level best to make Bangladesh his promised ‘Golden Bengal’. But miscreants didn’t like that. They understood only their personal interest instead of greater national interest. So, it was not possible to make great ‘Golden Bengal’.

Pakistan’s one of the leading daily “Express Tribune’ has published an article on October 05, 2021, titled “The Meteoric Rise of Bangladesh’ The article writes ‘Bangladesh has shown unexpected and very impressive economic development. The GDP growth rate surpassed Pakistan’s in 2006 and since then it has outperformed Pakistan every year and, to the surprise of leading economists, is today one of the world’s fastest-growing economies. The GDP per capita of Bangladesh is close to India and exceeds that of Pakistan.’ Tribune Express is praising Bangladesh. It is one of the achievements of Bangladesh.

Noted Pakistani journalist Zaigham Khan, while taking part in a telecast talk-show styled ‘Awaam’ on Capital TV on September 2018, advised the Prime Minister of Pakistan to follow the development model of Bangladesh to ensure Pakistan’s progress and development. He requested PM Imran through the talk show to make Pakistan like Bangladesh instead of Sweden. It is pertinent to mention that PM khan promised that he would turn Pakistan into a developed country like Sweden.

A professor of the University of Karachi, Moonis Ahmar wrote in his article titled “How and why is Bangladesh better off than Pakistan today? in ‘Express Tribune” on March 21, 2021, that four factors that contributed to transforming Bangladesh from an “international beggar” to an “economically vibrant country” are: leadership, innovation, planning, and ownership.

Even, the Pakistan Today, the Pak Observer, the Frontier Post (Pakistan major English dailies) published articles lauding the economic growth of Bangladesh. They used the sentence that the country’s economy is booming under the leadership of its premier Sheikh Hasina. Pakistan observer wrote the sentence in an article that Bangladesh is going to next South Asian Economic superstar. Pakistan Today wrote a sentence in its article that  Bangladesh has made a tremendous effort to boost its economy in the past few years.

An article published in Pakistan’s Christian Post on September 26, 2021, titled “South Asia including Pakistan can follow the ‘Economic Rise of Bangladesh Model’ also says that Pakistan must follow Bangladesh’s “Economic Rise Model” to recover its economy from huge inflation.

Pakistan’s Daily Parliament Times published an article titled “South Asia including Pakistan can follow Bangladesh’s ‘Economic Rise Model’ on September 25, 2021. The writer says in the article if Bangladesh can pay 250 million US dollars to Sri Lanka, waive the IMF’s Bangladeshi share of money from Somalia and Sudan, help Indonesia with Covid-19 medical equipment, shelter a large number of Rohingya refugees from Myanmar, Bangladesh deserves the honor to help Pakistan financially.

Pakistan’s another popular local media ‘Daily Soon Times’ published a write up ‘Pakistan can follow the ‘Economic Rise of Bangladesh Model’ on September 26, 2021. A very interesting point is that Soon Times has urged Pakistan to follow Bangladesh’s Economic Rise Model directly in its article. What a prestige for Bangladesh. Pakistani media say its government directly follow Bangladesh. But it is a matter of sorrow that Bangladesh was the exploited colony of Pakistan. Pakistan exploited Bangladesh (then East Pakistan) hugely. But this exploited and bottomless Bangladesh is going to an Asian Economic miracle today. Express Tribune also said in the first-mentioned article that Bangladesh takes the position of economic bubble of Japan, South Korea, Taiwan.