When Will Tibet Be Liberated From China, And How? 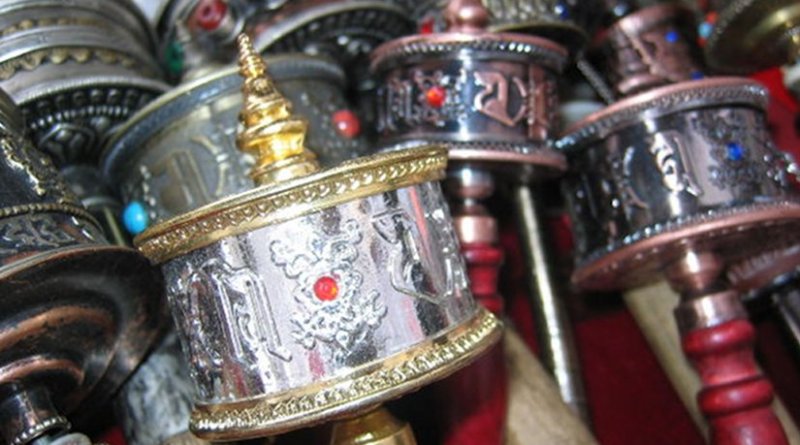 It is now more than six decades since China forcibly occupied Tibet by sending its military and massacred the protesting Tibetans mercilessly. The Dalai Lama and his followers were left with no alternative other than leaving Tibet and China has been taking stern steps to consolidate its hold over the Tibetan region. It has been systematically taking measures to dilute the Tibetan race by settling native Chinese in Tibet and brainwashing the present generation of Tibetans who have not seen the Dalai Lama.  China is trying to rewrite the history of Tibet.

However, it is now clearly seen that China has not been fully successful in crushing the Tibetan spirit. This is more than well proven by the fact that China is not willing to permit citizens from any other country to visit Tibet and see the conditions for themselves in this great Buddhist region. Obviously, China has more to conceal than reveal in Tibet. China is now guarding Tibet with an iron curtain.

The Tibetans in exile have formed a government of their own and are constantly raising their voice about the injustice done to Tibet and demanding freedom and independence for Tibet from China’s aggressive control. Several Tibetan associations are functioning in democratic countries. However, the ground reality is that the cry of Tibetans for free Tibet appears to have become a cry in the wilderness as the world, by and large, have ignored the plight of Tibet.

While India has given place for the Tibetans to live and run their government in exile in India, India has not done anything more than this. Once in a way, the US government has voiced its concern about the plight of Tibetans but have done nothing beyond this. It appears that the US government thinks that the fact that it has given the freedom to Tibetan associations to function in the USA  is adequate for the present.

One ground reality is that over the six decades, many Tibetan families originally from Tibet have migrated to other countries and the descendants of the families have become citizens of other countries. While they are concerned about the humiliation suffered by Tibet at the hands of the Chinese government, they could do nothing more than this and appear to be hoping against hope that some miracle would take place sometime in the future when Tibet would get back its freedom and glory. Today, no one is sure whether it would happen and how it would happen.

In the 1960s, when China entered Tibet, India could have been one country which could have protested and termed it as an illegitimate act of the Chinese government. On the other hand, the then Indian Prime Minister Jawaharlal Nehru, who is a known historian himself, failed in his duty and virtually approved the occupation of Tibet by China. Later on, to add insult to injury, Indian Prime Minister Vajpayee, who was an experienced politician and should know better, virtually sealed the fate of Tibet by officially approving the occupation of Tibet by China.

Therefore, history would record that, apart from China, India too has been the principal country which has acted against Tibet’s interests by remaining silent on Chinese aggression and providing some sort of approval for China’s unacceptable occupation of Tibet. When India acted in this way, the world too remained silent, leaving Tibet alone and leaving Tibetans to fight the battle for freedom all by themselves.

It is now high time that India has to atone for its historical mistake in approving  China’s occupation of Tibet.

Today, India is facing the full brunt of China’s expansionist ambitions and has to fight against China militarily to protect its borders more than once. China claims India’s province Arunachal Pradesh as its own and it has not concealed its ambition to control and checkmate India’s progress in whatever manner possible.

At present, China considers India as its prime enemy while it considers the USA as its competitor. With Afghanistan going under the control of Talibans and India’s bitterest enemy Pakistan and China working in unison and Islamic terrorists targeting India, India has to fight against China with back to the wall.

China has already done enough harm to India, short of sending its force to occupy Indian province Arunachal Pradesh. In such circumstances, India trying to appease China or buy peace with China is a wasteful and even humiliating exercise.

China occupying Tibet is a  big military threat for India and it is known that China is already building a strong military base in Tibet, targeting India.

Now, India has no alternative other than asserting itself against China with a no-nonsense attitude. It has to expose China’s aggressive territorial ambitions in the eyes of the world and the world should be made to realise that inspite of its military and economic power, China has now become a villain of peace due to its unconcealed ambition to expand its horizon militarily and economically in Asia and Africa.

India has to put China at its place and make China know that India will not be a sitting duck.

The effective and only way of doing this is to recognise the exile Tibetan government as the legitimate government of Tibet. If India would bell the cat in this way, it would certainly clear its conscience. Possibly, countries like the USA and other democratic countries would also follow suit, which would be the starting point for Tibet to gain back its independence and freedom. The ball is clearly in the court of India, as far as the Tibetan issue is concerned.

At present, several countries have concerns about China’s intentions and methods, and blocks are being formed amongst countries primarily to checkmate China. Now is the time to strike while the iron is hot.

By recognising Tibet as an independent country, India will create a strong resistance in the onward march of China’s territorial ambition plans and strategies.

In the process, the world would become a better place ,as the world would have done its duty of restoring the freedom of Tibet and the glory of the country and give Tibet its rightful place in the global arena.