Who is responsible for Afghanistan’s tragedy? Is it Russia, US or Pakistan? 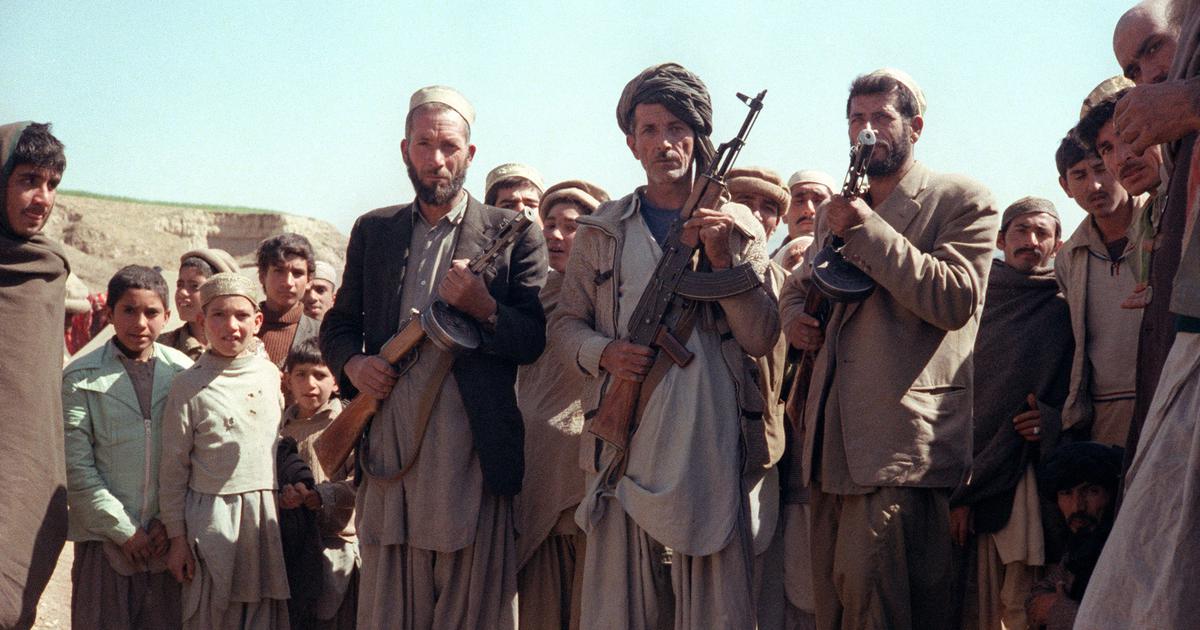 In his latest interview to PBS NewsHour, Pakistan Prime Minister Imran Khan correctly said the United States “really messed it up in Afghanistan” and he also rightly questioned America’s motive for invading Afghanistan.

In a second interview with Afghan media, he denied that Pakistan speaks for the Taliban. This too is technically true. But to keep one’s moral compass straight, one must acknowledge that it was not just America that messed up. Other countries, particularly Pakistan, also helped create the Afghan tragedy.

Let us return to when the Soviet Union was supposedly eyeing the “warm waters of the Persian Gulf”, a ubiquitous phrase of the late 1970s. After the Soviets invaded Afghanistan in December 1979, it was said that Pakistan was next in line. For Ronald Reagan, the Evil Empire and its godless, atheistic communists were on the move; they must be stopped. Agreed, said Former Pakistan President General Muhammad Zia-ul-Haq, else Pakistan and Islam would be mortally endangered.

That Pakistan stood in danger was a deliberate fabrication. With a failing economy, the Soviets had no capacity to move any further, much less another 800 km to the coast. Note also the supreme irony: when a slightly different brand of godless Communists did eventually reach the coveted waters, the heavens did not fall.

In fact, an eager and willing Pakistan rolled out the red carpet upon which the Chinese walked down to Gwadar. Contrary to General Zia’s dire pronouncements, Islam remains safe from Communists even if Uighur Muslims are not.

Post-invasion, we all know what happened. The US embassy in Islamabad hosted the world’s largest covert operation with trained fighters recruited from around the Muslim world. Pakistan’s intelligence agencies, abundantly funded and supplied, helped the Central Intelligence Agency organise the world’s very first international jihad.

A decade after the invasion, while preening before journalists and twirling his moustache, Inter-Services Intelligence’s head, Gen Hamid Gul, boasted to the world that he and his men had brought down the Soviet Union.

Let us speculate what might have happened if Pakistan had spurned America’s enticements to battle its Cold War rival. What if Pakistan had let the Soviet invasion run its course instead of creating, arming and organising the forces of resistance? The temptation to ask such “what if” questions is irresistible at a time when apocalypse looms upon Afghanistan.

A likely scenario: left to themselves Afghan Communists and the “Saur Revolution” of April 1978 would have self-destructed within two to three years. Instead of the current count of one to two million dead and a devastated country, at most a few thousand would have been killed on all sides.

The two Communist parties – Khalq and Parcham – had little popular support outside the cities and much of the country’s army and police also opposed the coup against president Daoud. Plus, the two groups fought each other madly. A crazed killer, Hafizullah Amin, became the top dog within Parcham. His rule lasted just three months.

But, of course, Afghanistan was not to be left alone. When infighting between Khalq and Parcham spiralled out of control, Moscow intervened to support the failing revolution by installing a new leader from Parcham, Babrak Karmal.

This set off red alerts in the United States. Publicly, America claimed Afghanistan was a domino whose fall would trigger that of multiple others. But, in fact, it had seen opportunity now that Russia had exposed its soft underbelly. The war began.

By 1985, the exhausted Soviets were ready to quit Afghanistan. The “bleeders” in Reagan’s administration (a term invented by Eqbal Ahmad) had people like the assistant secretary of defence, Richard Perle, who saw Afghanistan as a place to teach the Russians a lesson. They became the most influential people in Washington and the apocryphal story of Afghanistan as Russia’s tar baby made its rounds.

Meanwhile, Pakistan was savouring both the importance Afghanistan had brought to it and the planeloads of cash flying in. General Zia pointedly rejected Soviet offers to negotiate a withdrawal.

A triumphant America walked away from the scene of devastation once its Cold War rival had crumbled. It did not expect the mujahideen – who Reagan had so warmly welcomed to the White House – to develop a deadly “Delta variant”.

That mutant would level the World Trade Centre and cause the US to rush back while loudly promising to civilise Afghanistan and destroy those extremists used earlier against Russia. But 20 years later, with its spirit to fight broken and its reputation in tatters, America is limping away. Well-deserved, many will say. Indeed, justice has been served, albeit insufficiently.

Abandoning Afghanistan in indecent haste has paved the way to hell. As the Taliban conquer ever wider swathes of territory, the hope of negotiating peace recedes. Once the cities fall, there is no reason to expect that things will be any different from 1996 when corpses dangled from Kabul’s lampposts, beards and prayers were forced onto men, women were thrust into burqas and girls’ education was halted.

Russia and America are primarily responsible for Afghanistan’s tragedy. As the saying goes, when elephants fight the grass gets trampled. But Pakistan cannot be exonerated either. With General Mirza Aslam Beg as its architect, Pakistan’s Afghan policy single-mindedly centred on the quest for strategic depth against India. And so for decades the Taliban leadership, fighters and their families were provided residence, healthcare, and protection by Pakistan. No one believes us when we claim otherwise.

If Afghanistan is ever to become a civilised country, it must be governed by a constitution allowing freedom of expression, elections, power sharing and human rights alongside Islamic basic values. Wild-eyed men who have forcibly seized power will lead the country from one disaster to the next.

The Afghan Taliban and the Pakistani Taliban – the ones who slaughtered children at the Army Public School in December 2014 – are ideological brothers. One wants to capture Kabul (and likely will) whereas the other hopes for Islamabad but will satisfy itself with terrorist acts. Instead of a second Taliban government, Pakistan’s long-term interest would be served far better by a constitution-based democracy in Afghanistan.