Why has US specifically warned China over Taiwan amid Ukraine crisis? It’s a lesson from 1962 war with India 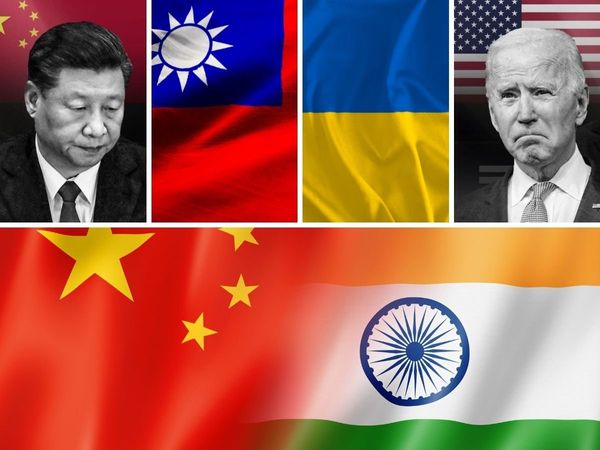 The US is attempting to draw a clear line in the sand to China. It is trying to tell Beijing not to try any adventures over Taiwan as Washington keeps a sharp focus on the escalating situation against Russia in Ukraine. The specific need to convey this to China could well be seen in the light of Beijing’s proclivity to use the distraction of major global events as times to go after its own strategic objectives. This is what China had done while launching the war against India in 1962.

Reports sat that the US has placed two of its aircraft carrier groups — USS Carl Vinson and USS Abraham Lincoln — in patrolling operations in the Taiwan Strait, the 180-km stretch of sea that separates Taiwan from China. Another aircraft carrier group, the USS Ronald Reagan, is on standby in Japan. Such a concentration of massive firepower is certainly unusual and can be read as definitive signalling to China not to engage in any escapades.

The need to keep China quiet at this time is best understood by looking at developments along the Ukraine-Russia border. The Russian troop build-up has sparked fears of an impending invasion. Another major factor is that the window for a successful invasion of Ukraine is getting narrower by the day. The end of the winter and melting of snow in the region is characterised by slushy ground, which has in the past made life difficult for the militaries of many countries. In effect, if Putin doesn’t march into Ukraine soon, he may have to wait a few more months. And if he does choose to do so soon, the US would rather prefer not to have to confront military action from China in the Indo-Pacific as well.

The specific need to convey to China not to act on its expansionist impulses while Ukraine escalates has a historical basis. Beijing had chosen to go to war with India in 1962 at the exact moment that the US and USSR were locked in a tense standoff in the Cuban Missile Crisis. The Chinese had been informed of the possibility of such a standoff by their Soviet allies.

Picking the exact period of the Cuban Missile Crisis for its military offensive against India allowed China to not only avoid the big stick approach of US foreign policy but also staved off the possibility of intervention from Moscow on New Delhi’s side. True to form, the Chinese attacked India in Aksai Chin and Arunachal Pradesh four days after the Cuban Missile Crisis began and unilaterally announced a ceasefire the day after the Crisis was defused.

China has not taken the presence of the US aircraft carrier groups quietly and sent a barrage of warplanes to harass Taiwan’s airspace. However, there are two factors that could work to tie Beijing’s hands for the time being. One is the strong signalling from the US. The other is that China may not want to risk any more global political attention as it prepares for the inauguration of to Winter Olympics in February.