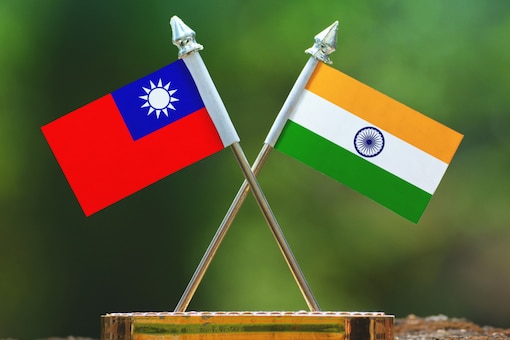 The Russia-Ukraine conflict has posed uncertainties about the future of the liberal international order. One of the immediate consequences of the Ukraine crisis has been a flurry of speculations about China’s territorial (mis)adventures vis-a-vis its neighbours, notably in relation to Taiwan. The international community’s response to the Russia-Ukraine conflict, ranging from Russia’s increasing isolation to slapping a range of sanctions on it, might work as a warning to China regarding the consequences if it decides to take any militarily hostile action.

As a revisionist power seeking to change the balance of power in Asia, China has clearly sided with Russia, tacitly supporting it at the logistical level and at the United Nations Security Council (UNSC) as well. China’s support to Russia, however, must not be mistaken as an ally’s behaviour. By endorsing Russia, China is obliging its own self-interest and military designs in the region. As a smaller democratic neighbour of a belligerent China, Taiwan finds itself in a similar situation with China as Ukraine with Russia, with striking geo-strategic and geo-economic similarities between Taiwan and Ukraine.

Despite the fact that a Chinese invasion of Taiwan is not imminent, Taiwan sees the Ukraine situation as a lesson in how to deal with China’s military adventurism. Other countries have also raised similar concerns. For instance, Japan has been expressing its worries over a possible Chinese incursion into the Taiwanese territory. This was explicitly mentioned in the Japanese White Paper published earlier this year.

If recent US and Japan initiatives are any indication, both countries are speeding up efforts to bolster Taiwan’s resolve to deal with the Chinese security threat. This is a logical step taken by the US and Japan, and it opens the door for fellow democracies and like-minded countries to contribute in keeping the Indo-Pacific free of any geopolitical instability.

This is primarily due to the fact that a conflict in the Indo-Pacific region would have long-term implications for countries including India and Japan. Regardless of how some foreign policy experts project a controlled West-only scenario, the consequences of the Russia-Ukraine conflict would be felt well beyond the Western world. Given Japan and India’s similar experiences with China, it makes sense for the countries in the Indo-Pacific region to assess such challenges their region is faced with, especially in the context of the security threat emanating from China and particularly in the context of cross-Strait relations.

While Japan has made its position somewhat clear on the possibility of a cross-Strait military conflict, India is yet to formally pronounce its policy decision. While realpolitik and national security compulsions dictate New Delhi to not overtly criticise Russia for its war in Ukraine, the same factors may motivate New Delhi to shed its neutrality for a more forthright response in dealing with China’s deceptive and manipulative tactics which have always been a major source of concern for India. India’s experience with Wuhan and Mamallapuram summits are a case in point here.

India has kept a low profile with Taiwan due to a protracted border issue and repeated standoffs with China. There has been a popular perception that any move to engage Taiwan will elicit a furious retaliation from China. After Galwan clashes, preceded by decades of deception by China and its attempts to forestall India’s growth, it would be timely for India to stop paying attention to China at the cost of engaging Taiwan.

China poses a formidable threat to India, a challenge originating from their unresolved border dispute, and China’s repeated territorial incursions into the Indian territory. India and Taiwan share similar challenges. In the event of cross-Strait conflict, India should consider its role, where it should be aimed at discouraging China from adopting such an action. India must recognise that Taiwan’s security is as intertwined with the regional security order as it is with its own.

As a fast-rising major stakeholder in the Indo-Pacific region, it is critically important for India to not refrain from engaging Taiwan because of China. Rather it should join Japan and the US in standing up for Taiwan as a fellow democracy facing similar challenges. Any solution to the China problem will necessitate a regional response and Taiwan cannot be excluded from such a response.