Why Is Pakistan Perturbed By Prospects Of A Prosperous Kashmir? 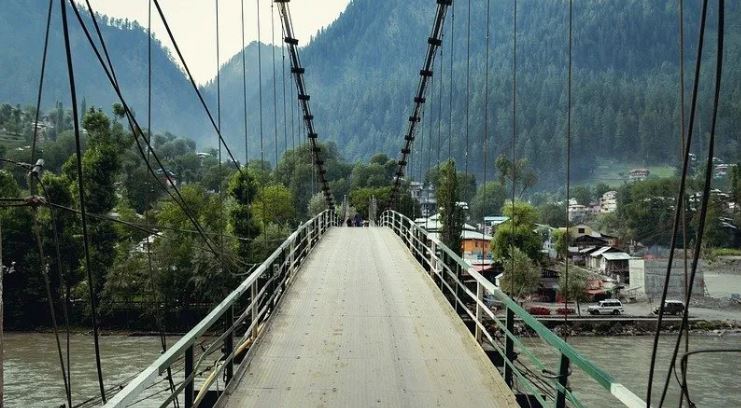 Things aren’t going too well for Pakistan- while mounting external debt is driving the country to the brink of financial disaster, a Faustian deal struck with proscribed parties like Tehreek-i-Labbaik Pakistan, and likelihood of another one with Tehreek-e-Taliban Pakistan [TTP] terrorists, will surely bring Islamabad down to its knees. Yet, not a day passes without Pakistani Prime Minister Imran Khan or a party member expressing concern on what Islamabad’s jaundiced eyes perceive as ‘oppression’ of Kashmiris.

The irony is that rather than focussing on internal issues threatening the very idea and existence of Pakistan which merit immediate attention, Khan and his band of merry ministers are busy condemning what they allege is the abject apathy of the international community towards Kashmir. The pro-Pakistan lobby in J&K goes into raptures every time Islamabad mentions Kashmir but the majority know that since Kashmir has served as Pakistan polity’s most effective theme for diverting domestic public opinion, its rhetoric in this regard is mere theatrics.

With United Nations Security Council [UNSC] making it absolutely clear that J&K is a bilateral issue between India and Pakistan that needs to be mutually resolved without any third-party intervention, Islamabad’s assertion about Kashmir being an international issue is meaningless.

So, it was not at all surprising that UNSC refused to entertain Islamabad’s bizarre claim that by abrogating Article 370 of the Indian Constitution, New Delhi had violated UN resolutions on Kashmir. Infact, Islamabad knew all along that this allegation had no substance as even before the UNSC meet, Foreign Minister Shah Mehmood Qureshi asked his countrymen “not live in the fool paradise,” and told them that “They [UNSC members] are not waiting for you with garlands in their hands.”?

However, as Islamabad still feels that it’s stand on Article 370 abrogation is right, then why doesn’t it approach the International Court of Justice? Two weeks after Article 370 abrogation, Pakistani Foreign Minister Qureshi had pompously announced that “We have decided to take the Kashmir case to the International Court of Justice.”

Yet even after more than two years, this promise remains unfulfilled. So, those who consider Pakistan to be the true well-wisher of Kashmiris, need to ask Pakistan as to why hasn’t it taken the Article 370 abrogation issue to ICJ as yet? Could it be the fear that being infructuous, this case would unceremoniously be thrown out by ICJ?

Islamabad’s hostile reaction to the recent developments in Kashmir should serve as an eye-opener for the pro-Pakistan lobby. Last month, two important things happened in the Union Territory of J&K. One, a MoU for real estate and infrastructure development was signed between government of J&K and UAE; two, Islamabad gave private Indian carrier GoFirst airways overflight clearance for operating non-stop flights between Srinagar-Sharjah, four times a week with effect from October 23.

On November 1, GoFirst entered into an agreement with Lulu Group, one of Dubai’s biggest retail business houses for shipping Kashmiri apples, handicraft items and other local products to various markets in the Middle East. While signing the agreement, Lulu Group Director Salim M A noted that there were “immense opportunities that we have for the exports from here[J&K]” and gave an assurance that “As Lulu, we will be able to take a lot of fruit, vegetables and antique and craft and a lot more items. We assure you that we will do our best to export goods from Kashmir.”

However,  the very next day, Islamabad closed its airspace for GoFirst airways without assigning any reasons, and the timings of these two developments surely can’t be mere coincidence! Au contraire, by denying overflight clearance, GoFirst has successfully ‘sabotaged’ Lulu Group’s ambitious plans to market made in Kashmir products in Middle East. While the overflight ban won’t impact either the well-established Lulu Group or GoFirst airways, it will essentially be Kashmiri horticulturists and artisans who will be deprived of a golden opportunity to capture Middle East markets.

There’s no doubt that Islamabad is upset with India-UAE bonhomie and its angst can be gauged from former high commissioner of Pakistan to India Abdul Basit’s admission that “This [MoU] is a major success for India in the context of both Pakistan and Jammu and Kashmir as OIC members have always kept Pakistan’s sensibilities on Kashmir at the forefront.” However, since it can’t influence the Indo-UAE agreement, Islamabad has gone back to its puerile ways and decided to close down its airspace for GoFirst within 24 hours after this airline signed an agreement with Lulu Group, without even caring about its adverse effects on the people of Kashmir.

Unfortunately, this isn’t the first time that Islamabad has denied use of its airspace to Indian commercial flights operating from Srinagar. In 2009, after according clearance to Air India’s direct flight from Srinagar to Dubai, Pakistan abruptly closed its airspace for this flight. The long detour to bypass Pakistani airspace made this flight economically unviable and thus had to be suspended. This could well happen this time too as the detour to avoid Pakistani airspace involves additional 90 minutes flying time, which would hike fares and possibly result in this flight also being suspended.

It is absolutely clear that by closing its airspace for GoFirst flights, Islamabad is jeopardising the prospects of Kashmiri farmers and artisans getting better prices and larger markets in the from Middle East. So, the question that the pro-Pakistan lobby needs to ask their benefactors sitting across the Line of Control is- if Islamabad is really a well wisher of Kashmiris, then why is it denying them a chance to sell their products in foreign markets by closing its airspace to flights originating from Srinagar?

Basit’s view that opening up of commercial activities between the people of Kashmir and the Middle East is a “major success for India in the context of both Pakistan and Jammu and Kashmir,” aptly describes Islamabad’s prejudiced mindset that perceives any positive development for the people of Kashmir as threat to its own influence. Denying the advantages of low-cost international air connectivity to the people of Kashmir by closing its airspace on two separate occasions is clear indication that for Islamabad, impoverished Kashmiris are more beneficial than prosperous ones as its very easy to use the former as pawns in its proxy war against India.

The pro-Pakistan lobby must face the reality that Islamabad neither has any legal grounds to claim J&K, nor the military capability to wrest its control. Those at the helm of affairs in Pakistan know this and are well aware that Kashmir is a dead issue, but for obvious reasons are not willing to accept this. So, all that Pakistan can do is to keep the Kashmir pot boiling by inciting violence- and since it’s Kashmiri blood that’s being spilled, how does it matter to Islamabad?

Tailpiece: In September 2019, Indian Ambassador to the US Harsh Vardhan Shringla spoke about Pakistan’s “vested interest in preventing prosperity in Jammu and Kashmir, and in the Ladakh area of Kashmir, because a weak economy fuels separatist sentiments in some quarters.” He also made it clear that while Pakistani Prime Minister Imran Khan has “every right to run his own economy into the ground. But his determination to inflict similar damage on the province of a neighbouring country must be challenged by the international community.”

At that time Shringla’s observations appeared to be farfetched and even motivated. But two years later, Islamabad’s U-turn on overflight clearance to GoFirst airways has proved beyond any doubts that the Indian ambassador was indeed speaking the truth!