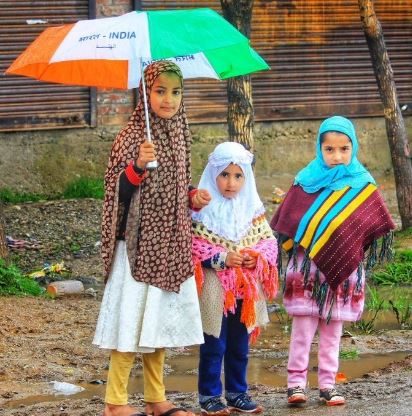 Two years ago, India bid farewell to Articles 370 and 35 (A), marking the start of a new era in the politics of Jammu and Kashmir. When the decision on 370 and 35 (A) was taken, there was happiness in most people, some experienced shock and a few felt apprehensive about the direction in which things would go. Two years later, it is important to assess whether Jammu and Kashmir is better placed than it was before August 5, 2019.

The first parameter is that of national unity. Articles 370 and 35 (A) created an unnatural and unhealthy divide in our nation. For every law passed, every rule made, we had to ascertain whether it applied to J&K or not. Today, such distinctions are history. J&K has been fully integrated with the other states and Union Territories.

The second parameter is that of democracy. By democracy, I do not refer to the only state and central elections being held. I refer to a healthy culture of grassroots-level participation which was absent — rather, allowed to remain absent — for all these decades. One mistake by Rajiv Gandhi and Farooq Abdullah turned the clock back in 1987 and the after-effects lingered for a long time. Since assuming office in 2014, Prime Minister Narendra Modi repeatedly said that among the critical deliverables for J&K was to hold panchayat polls, which were finally held in 2020. Holding these polls came at a heavy political cost for the BJP — the party preferred to sacrifice power in the PDP alliance rather than compromise on its commitment to grassroots democracy. Despite stray comments by disruptive elements, the polls were held peacefully, and people got a taste of participative democracy. This one step will go a long way in shaping the development paradigm in Jammu and Kashmir.

The third parameter is that of peace. The memories of 2008, 2010, and 2016 are still fresh in the minds of the people of Jammu and Kashmir. An effort was made to reignite such sparks of tension after the decisions on Article 370 and 35 (A) but the Valley, as well as Jammu, have remained peaceful.

The fourth parameter is about people’s aspirations. It baffled every thinking person why Jammu and Kashmir should not have RTI laws and why the benefits of the reservation should not be availed by its SC, ST, and OBC communities. The fact that the most marginalised groups can now get reservation benefits is a major leap forward in fulfilling the aspirations of the people of J&K.

The fifth and very important parameter is economic growth. It is an undeniable reality that the state machinery in J&K was under the stranglehold of red-tapism and corruption. The Valley is today abuzz with news of action against corruption in key departments and financial bodies in the state. Money being sent for the public good was being misused by vested interest groups. The economic upliftment in the Valley began with the Prime Minister’s Package of 2015. This set the stage for extensive spending on physical and social infrastructure. With the going of 370 and 35 (A), there is great hope that tourism will pick up in the Valley. Incentives are given to different sectors of the economy — be it saffron farmers or those who fish trout — combined with a largely peaceful environment is empowering many lives. With corruption and leakages drastically reduced, resources are reaching the intended beneficiaries.

The road ahead also seems filled with hope and optimism. A few weeks ago, PM Modi sat down with key stakeholders from Jammu and the Valley to discuss the path ahead. The meeting was attended by four former chief ministers of J&K, and it was held in a conducive and cooperative manner. Political activity has also picked up across Jammu and Kashmir. The Centre’s emphasis on a proper delimitation followed by full-fledged elections is in line with the commitments made to the people of Jammu and Kashmir.

Ever since the NDA government assumed office in 2014, it was clear that engagement with Jammu and Kashmir needed a fresh approach — one that widens political participation and makes space for fresh, young, and aspirational voices.

The Prime Minister visited Jammu and Kashmir to extend solidarity to those affected by floods. Unlike what we saw in Uttarakhand in 2013, flood relief was provided in a quick and transparent manner. Since then, PM Modi has made many visits to Jammu and Kashmir, including on Diwali to spend time with the troops. He has repeatedly mentioned inspiring life stories of common people from Jammu and Kashmir during his “Mann Ki Baat” programmes.

The situation in Jammu and Kashmir was never easy. Sadly, the need to maintain the status quo dominated the working of previous governments. Vested interest groups loved using Kashmir as a stick to beat India’s democratic and inclusive ethos. As we enter the Amrut Mahotsav, it is for us to see the new realities in J&K. The people of the state have got the wings to fly and, in the years to come, J&K will make even greater contributions to India’s growth and development.