With no signs of de-escalation, US puts troops on “heightened alert” for a possible Russian invasion of Ukraine 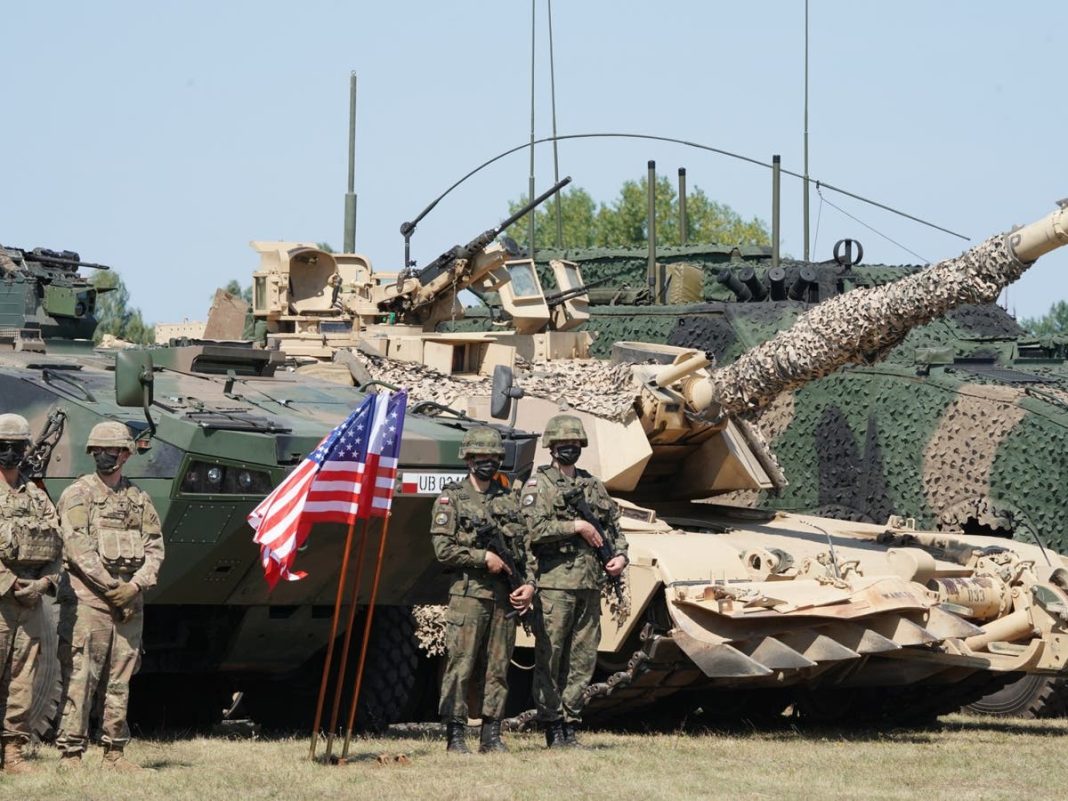 The Pentagon announced that it was putting 8,500 troops on ‘heightened alert” that will be prepared to deploy if needed as NATO and the US brace for a possible invasion of Ukraine by Russia which Russia denounced it as “Western hysteria”.

Pentagon spokesperson John Kirby stressed that “no decision has been made yet on whether to deploy the troops”. The announcement came the same day NATO said that it was putting forces on standby and reinforcing Eastern Europe with more ships and fighter jets.”NATO will continue to take all necessary measures to protect and defend all allies, including by reinforcing the eastern part of the alliance,” NATO Secretary-General Jens Stoltenberg said in a statement.

The US and other European countries have stepped up military support for Ukraine. UK gifted around 30 elite British troops to help train the Ukrainian armed forces on new anti-tank weapons. European Commission chief Ursula von der Leyen said the bloc was preparing a 1.2-billion emergency financial aid package for Ukraine. Pope Francis on Sunday called for an international day of “prayer for peace” on January 26 to stop the Ukraine crisis from worsening, saying the tensions were threatening the security of Europe and risking vast repercussions.

On Monday, US President Joe Biden held an 80-minute secure video call with a number of European leaders from the White House Situation Room to discuss the Ukraine crisis.

Tensions between Ukraine and Russia both former Soviet states, escalated in late 2013, over a landmark political and trade deal with the European Union. Russia has been massing tens of thousands of troops on its border with Ukraine , along with an arsenal of tanks, fighting vehicles, artillery and missiles. The movements have ignited stern warnings and raised eye-brows in Washington and Europe and across the globe. Though Russia denies that it is planning any invasion and calls it as “misinformative”.

Meanwhile, on Jan 19th, US President Joe Biden said that he thinks Russia will invade Ukraine, and cautioned Russian president Vladimir Putin that he “will regret having done it,” following months of building tension. The UK has accused President Putin of plotting to install a pro- Moscow figure to lead Ukraine’s government.

The United States has ordered family members of its diplomats to leave Ukraine, and advised all US citizens to do the same, citing “the increased threat of Russian military action”. Both Kyiv and the European Union said the moves appeared premature amid divided views over how imminent any attack could be. France too advised nationals against non-essential travel to Ukraine Muddling the severe consequences of invasion, US Secretary of State Antony Blinken in a whistle-stop diplomatic push in Kyiv few days back to defuse tensions with Moscow over Ukraine amplified his warning against a Russian invasion of Ukraine, saying “a single additional Russian force” entering Ukraine “in an aggressive way” would result in a severe response by the US and its allies. Blinken on Sunday also defended the administration’s unwillingness to impose sanctions against Russia preemptively.