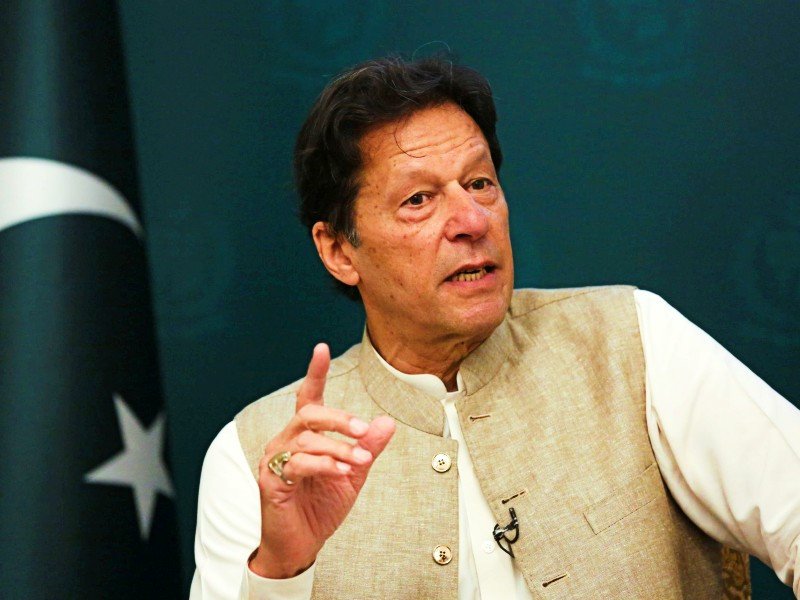 Pakistan prime minister Imran Khan faced a torrent of criticism after he blamed a rise in sexual violence on women wearing “very few clothes” because men are not “robots”.

In his sit-down interview with Jonathan Swan of Axios HBO, Mr Khan said: “If a woman is wearing very few clothes, it will have an impact on the men, unless they are robots. It’s just common sense.”

Mr Khan went on to suggest that it depends on what is acceptable in the culture in which someone lives. He said in a society where people have not “seen that sort of thing, it will have an impact on them. If you grow up in a society like yours, maybe it won’t have an impact,” he said, referring to Western culture.

“This is cultural imperialism,” he claimed. “Whatever is acceptable in our culture, must be acceptable everywhere else. It’s not,” he added.

Earlier this year, in April, Pakistan’s prime minister defended the traditional Islamic practice of women wearing a veil during a live Q&A show on Geo TV.

He said then: “If you keep increasing vulgarity in a society, then definitely there will be this impact.” The practice of wearing the veil existed, he claimed, so “that there is no temptation in society”.

Mr Khan attempted to justify these previous remarks in the Axios interview. “We don’t have discotheques, we don’t have nightclubs, so it’s a different way of life here,” he said. “If you raise temptation in the society to a point and all these young guys have nowhere to go, it has consequences in the society.”

The prime minister of the Muslim-majority nation drew strong reaction for his comments on social media.

“Disappointing and frankly sickening to see PM Imran Khan repeat his victim-blaming regarding reasons for sexual violence in Pakistan. Men are not ‘robots’, he says. If they see women in skimpy clothes, they will get ‘tempted’ and some will resort to rape,” said Reema Omer, a human rights professional from Lahore, in a tweet.

“Only three days after a child was raped by a cleric, Imran Khan chooses to blame ‘few clothes’ worn by women for rape culture. It’s not a slip of tongue. Such victim-blaming is a consistent position held by IK since the motorway incident last year. Our PM is a rape apologist,” said another.

In the interview, Mr Khan also spoke about a wide range of other issues, including the US withdrawal from Afghanistan, the Kashmir dispute, and the treatment of Uyghur Muslims. He sparked further controversy when he said he would not allow the US to use Pakistan as base for cross-border terrorism operations.

And in response to questions about why he has not publicly condemned alleged human rights abuses against ethnic Uyghurs in China, he said: “Whatever issues we have with the Chinese, we speak to them behind closed doors. China has been one of the greatest friends to us in our most difficult times.”