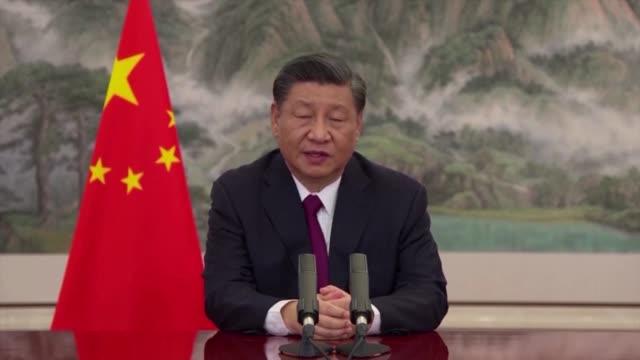 A six-month-old speech by President Xi Jinping on the need to preserve jobs and shore up growth was splashed across China’s main financial newspapers on Monday, signaling greater urgency to bolster the economy after lockdowns brought Shanghai and other major cities to a halt.

Xi’s speech, delivered on Dec. 8 at the Central Economic Work Conference, was first published Sunday by the Communist Party’s Qiushi magazine and then on the front pages of Monday’s People’s Daily, China Securities Journal and other state-owned papers. In the remarks, Xi voiced support for the “healthy development” of the private sector and entrepreneurs, but also warned that regulators must prevent “capital predators” from acting recklessly.

While the speech was a reiteration of previously expressed policy, authorities chose to highlight them at a time when concerns are rising that the world’s second-biggest economy is slowing sharply — and amid a debate over whether a split may have developed among China’s top leaders on how to respond.

Since Shanghai and other regions imposed lockdowns in March, Xi’s public comments have largely emphasized the need for China to stick to Covid Zero, a policy that has come under increasing criticism at home and abroad as the economic and social toll has escalated. Premier Li Keqiang, China’s second most-senior leader, has repeatedly sounded the alarm about the dire economic situation without always directly mentioning the Covid-Zero strategy.

Data released on Monday underscored the damage caused by Covid Zero to the economy, with industrial output and consumer spending sliding to the worst levels since the pandemic began and analysts warning of no quick recovery. Investors responded by selling everything from Chinese shares to U.S. index futures and oil.

In the remarks published on Monday, Xi said China can’t promote “welfarism” and should draw lessons from some Latin American countries that have fallen into the “middle-income trap” after engaging in populism and raising “lazy people.” The government should also not resort to “moral kidnapping” to force enterprises to make philanthropic donations, he added.

Xi also affirmed the role of private capital in the economy, saying that China seeks  orderly development and that officials will continue to “promote healthy development of the private sector and growth of private entrepreneurs.”

At the same time, Xi warned that the improper accumulation of wealth poses risks to a healthy economy. There has been reckless expansion of capital in China in recent years, he said, which has been due to a lack of supervision. China should fight against monopolies, profiteering, sky-high prices, malicious speculation and unfair competition, Xi added.