Xinjiang: A Terror Such as the World Has Never Seen 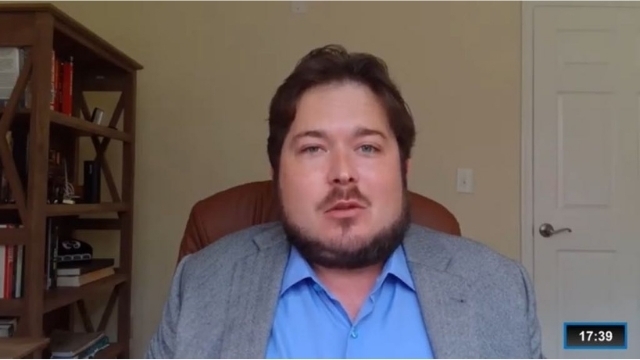 Orwellian surveillance that surpasses even the evils of North Korea and the Khmer Rouge’s Cambodia has created an open prison that makes life on the outside on a par with life inside one of the hundreds of extra-legal internment facilities that pepper the deserts and villages of Xinjiang.

According to Geoffrey Cain, author of The Perfect Police State, who gave evidence at the second series of hearings of the Uyghur Tribunal in London this weekend, China’s access to an arsenal of intrusive novel technologies has enabled the state to monitor the minutiae of everyday life of each one of its citizens.

The CCP’s so-called “war on terror” has shone the spotlight on its fifteen million or so potential “terrorists” and “extremists” among the Turkic peoples of its North Western Frontier, and singled them out for special surveillance, turning their days into something resembling a real-life Truman Show.

From the moment they leave their house, whether from the back or the front door, who they meet, who they might text or call on the way, what they might download on their phone and who might have sent it are monitored. The photos they might have taken or even deleted five years before are scrutinized during random checks. The places they go, the cafes and restaurants they might have sat in and with whom, what they might buy at the local shop, and who might visit them at home; what they might talk about, and whether their mood is “dangerous”—everything is monitored and checked and registered on the system, to use against them at the whim of the state. If you don’t have a smartphone, leave it at home, turn it off or worst of all, return it to factory settings, these are behaviors worthy of extra attention and likely to sound warning bells in the corridors of power.

In an interview with The Diplomatrecently, Cain noted that despite other regimes having tried this before, Xinjiang’s surveillance is in another league.  “What makes life in Xinjiang so foreboding is that the police have seized on new advances in artificial intelligence, deep neural networks, facial and voice recognition, and biometric data collection to establish the all-seeing eye,” he said. “Every person in Xinjiang is documented down to their genetic makeup, the sound of their voice, and whether they enter their homes through the front door or the back.”

Giving evidence at the Tribunal, Cain said that while researching North Korea’s state, he had felt that he was “stepping into the past” with every aspect of well-publicized cruelty and torture. Investigating Cambodia’s cruelty he had felt a “strong sense of outright massacre, mass graves and death camps,” but as for what he uncovered in Xinjiang, he said it was a “new kind of mass atrocity.”

What had started out in 2005 when four researchers he had interviewed developed systems to look for keywords in texts, developed in 2011 into an algorithm to target everyone. The data he was told was fed straight back to the Ministry for Public Affairs and then to the State Security Department.

He has identified three interlocking systems devised by the CCP that aim to form a dragnet of surveillance around all Turkic people, combined inextricably with both physical and psychological torture.

Conor Healy, Director of IPVM, an independent, US-based research and media organization focused on surveillance technologies and businesses. He spoke on advanced technologies being used by the CCP to rein in and subdue Uyghurs.

During 168 interviews of former “re-education camp” detainees, he was able to confirm specific camps and detention centres where these forms of torture and psychological cruelty were commonplace. Rigorous backchecking and multiple other checks enabled him to confirm the veracity of the accounts from which he chose three to focus on more thoroughly.

One particularly sadistic task set for detainees involved sitting in front of two separate surfaces containing respectively ordinary everyday objects and articles of war such as a toy grenade, guns and an AK7. Detainees were told to arrange the items “properly.”

If they so much as touched the military toys they would be taken away, put in solitary confinement and beaten with spiked sticks on the soles of their feet, their buttocks, and their head.

Cain found the policies prevalent in Xinjiang “extremely sinister” and part of a plan to slowly erase a people and its identity. Comparing China with other totalitarian states such as Korea and Cambodia, he has concluded that China, cast in a similar mould, regards itself as a master race, intent on the domination of and elimination of the Uyghur people.

When questioned by panelists on China’s end game and whether the camps’ tactics of psychological manipulation were successful, Cain reported numerous subjects for whom their detention, despite not able to alter their core beliefs, had so terrorized them as to “suffocate their “self”.

Constant fear, a state of permanent alert, memories wiped and passivity, heightened internalization of the demands of the CCP, a need not to stand out, and “a darkness that was with them whoever they went,” were just a few of the symptoms of deep-rooted trauma in those emerging from camps, claimed Cain.

A smart “Tiger Chair” posited by Conor Healy as the next generation of torture-capable technology being commissioned by the CCP.

Everything pointed, according to Cain, to extreme mental harm intended to be exerted to all who pass through the camps.

There was no doubt in his mind that the CCP was intent on a cultural eradication of Turkic people, particularly the Uyghurs, and transforming the entire area into a Han Chinese region. This process, he concluded, was already underway.