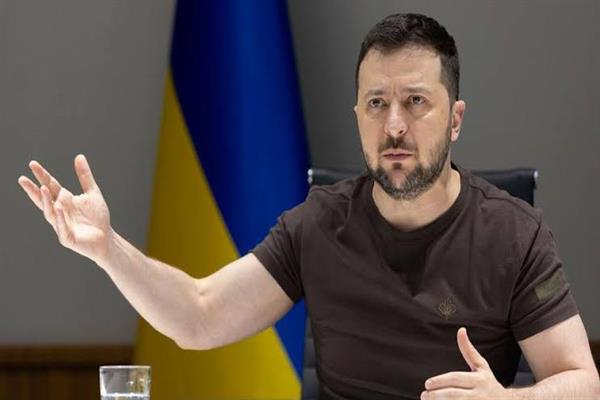 Ukrainian President Volodymyr Zelenskyy ordered the mandatory evacuation of people in the eastern Donetsk region after a fight between Russia and Ukraine escalated in the DPR region on Saturday.   In a television address late on Saturday, Zelenskyy also said the hundreds of thousands of people in combat zones in the larger Donbas region are at life-threatening risks and needed to leave, Al Jazeera reported. “The more people leave (the) Donetsk region now, the fewer people the Russian army will have time to kill,” he said, adding that residents who left would be given compensation.  Logistics and support operations were being handled by the authorities “from A to Z”, he said.  The governor of Donetsk, in a statement, said six civilians were killed and 15 others were wounded in the attacks on Friday.  As the region’s natural gas supplies had been destroyed due to the ongoing conflict, the evacuation was subjected to take place before winter, Ukrainian media outlets quoted Deputy Prime Minister Iryna Vereshchuk as saying.  Ukraine’s Donbas region which is one of the most powerful industrial centres in Europe is heavily devasted due to Russian strikes.In a further statement, Zelenskyy said that numerous people were still living in areas of Donbas where fighting was fierce.  “Many refuse to leave but it still needs to be done,” Al Jazeera reported, quoting the president.  Donetsk and Luhansk are the two regions that together form Donbas, the eastern part of Ukraine where the conflict between Ukraine and Russian-backed separatists started in 2014.  Russian troops have already taken over almost all of the Luhansk region, the head of Luhansk’s region military administration Serhiy Hayday said in a telegram post earlier, adding that some 300,000 people from the area have been forced to flee their homes.  Following Russia’s invasion of Ukraine, the US and its European allies introduced sanctions targeting several major Russian banks and high-rank Russian officials, including President Vladimir Putin, besides ousting Russia from the SWIFT financial system.. A number of countries, including Japan, South Korea and Australia, have also slapped financial sanctions and travel bans on Russia. They are mulling new targeted penalties to freeze assets and restrict travel against Russia’s most influential political and military officials.  On February 24, Russia began a special military operation in Ukraine after the Donetsk and Luhansk people’s republics requested help in defending themselves. The Russian Defense Ministry said the special operation is targeting Ukrainian military infrastructure only and the civilian population is not in danger.